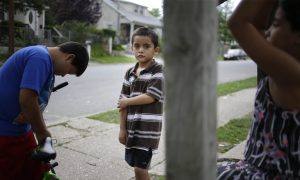 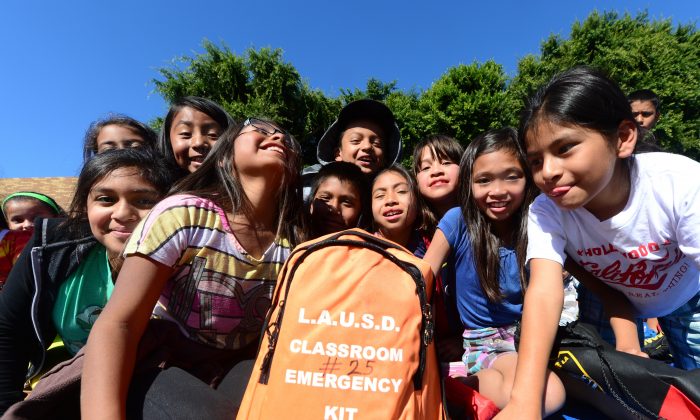 Fourth-grade schoolchildren crowd around an emergency kit backpack which each class has during an earthquake drill at Rosemont Elementary School in Los Angeles on October 17, 2013. (Frederic J. Brown/AFP/Getty Images)
US

Caucasian Children Are About to Be a Minority in America

For the first time since the 17th century, Caucasian children are about to be a minority in America.

By 2020, white children will represent less than half of United States population under 18, the Census Bureau estimates.

While non-Hispanic whites constitute about 62 percent of population, their children currently represent  52 percent.

“[A]mong those under age 18, the United States is already nearly a majority-minority nation,” the Census Bureau notes.

But the demographic reality still depends a lot on where one lives. While Minnesota, Montana, or Wisconsin are still over 80 percent white, in many metropolitan areas Caucasians have already been a minority for a long time.

In Chicago, Los Angeles, and New York, less than one third is non-Hispanic white. In Miami, it’s one in eight.

“The U.S. population as a whole is expected to follow a similar trend, becoming majority-minority in 2044,” the Census Bureau states.

The bureau predicts the fastest growing race category will be “Two or More Races.” The second in line are Asians and Latinos are third.