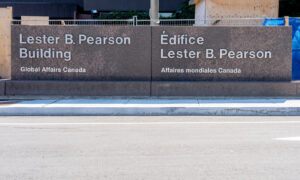 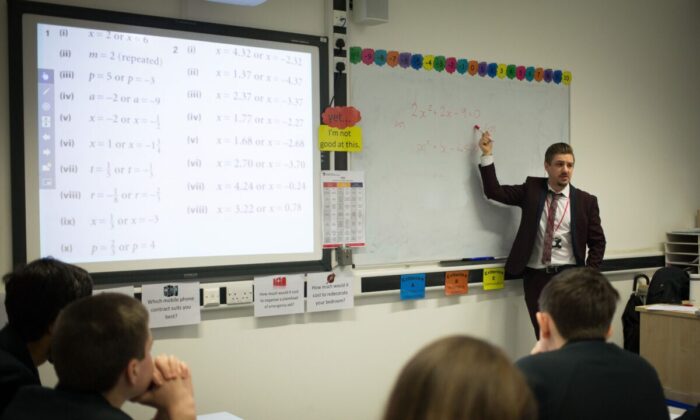 Catholics Can Circumvent the Scourge of Identity Politics in Schools

With schools opening, and Parliament’s flag flying at half mast during a federal election, it is timely to assess how George Floyd’s death and discovered graves deemed to be of indigenous children near former residential schools have influenced the Canadian educational landscape.

National reckoning about the country’s identity began in the summer of 2020 when many Canadian leaders ventriloquized aggressive demands of an ascendant Black Lives Matter movement. Iconic statutes began falling, churches started burning, and guardians of civic institutions proffered chorus-like confessions that theirs were systemically racist organizations, evils of which they had heretofore been oblivious.

How did Catholic schools, founded on a Judeo-Christian ethos and millennia-old insights about the nature of evil and reconciliation, address festering wounds in our national psyche? Were they emboldened by fidelity to these powerful ancient teachings or turn for inspiration toward critical race theorists and their allies?

As they open their doors for a new academic year, evidence that these schools are in a deep existential malaise separates into three broad categories: obsessive use of collectivist language to define racial groups, explicit adoption of Marxist programming philosophies, and rigid adherence to a new authoritarian worldview.

Catholic educators disseminated critical anti-racist and anti-colonial theories from the University of Toronto’s Centre for Integrative Anti-Racism Studies intended to “subvert the persistence of White supremacy, which is pervasive in the Canadian education system.” Incredulously, they fortified arguments that the overtly white, normative Judeo-Christian heritage of Ontario’s publicly funded Catholic schools makes them, like a teetering John A. Macdonald statue, ripe for toppling, quaint constitutional protections notwithstanding.

Preachy progressives wielded a familiar cudgel of grievance-politics newspeak—culturally responsive pedagogy—to allege those who value teaching “To Kill a Mockingbird,” “Lord of the Flies,” or “Romeo and Juliet” cling stubbornly to an oppressive Eurocentric curriculum cohabited with Euclidean geometry and Newton’s second law of motion.

The Vancouver School Board’s decision to cut advanced programming mimicked Ontario’s elimination of ability levels in Grade 9 math, a capitulation to cancel culture extended in some boards by dropping courses for the gifted. Seduced by the allure of equality of outcomes, which decrees the distribution of skin colour in each class comport with those in the general population, decision-makers sent a breathtakingly condescending message to precocious students of colour: too many of your peers in Advanced Placement math will have white skin in September, so enrichment is cancelled for all.

Land claims announcements, tirelessly intoxicated with the gospel of author and anti-racist activist Ibram Kendi, badgered students with the absurdity that you are either a racist or anti-racist, and, if the latter, must actively dismantle racist structures your white skin implicates you in upholding. Any objections that this claim is itself brazenly racist triggered the predictable banality from Robin DiAngelo devotees that outward non-compliant speech belies inward white fragility, as laid out by DiAngelo in her book of the same name.

When diversity officers—immersed at universities in the fuzzy subjectivity of micro-aggression and trigger warnings—arrived in school systems tasked with gerrymandering hiring so that skin colour eclipses teaching ability as a qualification in forming an equitable workforce, the Catholic education project began unhinging.

How can inspired Catholic parents stem the hemorrhaging of critical thinking in their schools?

Foremost, parents must instill in students an understanding of the profound contributions their ancestors made in building Canada irrespective of skin colour, and model learning from past failings without self-abasement.

When school principals make the defamatory charge of white privilege, they should be pressed to stipulate the offending details in each person’s lived experience that justifies this racist smear.

If accused by directors of harbouring unconscious bias, teachers should cite established research demonstrating that the Implicit Association Test, used for decades by social justice warriors to bludgeon adversaries, generates validity and reliability scores so abysmal that no credible research psychologist views the construct seriously anymore.

Poland’s “flying universities,” popularized in the 18th century during the partition that wiped it off the map, were a network of secret classes gathering at off-hours in professors’ residences after the daily parroting of official government propaganda ended.

Scientist Maria Skłodowska-Curie was a double Nobel Prize-winning graduate of the underground flying university, and during the Nazi and Soviet occupation, seminarian Karol Wojtyła enrolled as well, earning a classical education that served him well as Pope John Paul II.

Parents should remember that if today’s scourge of identity politics continues unabated, they can embrace a broad array of learning platforms of which their ancestors could only dream to design learning networks, resurrect safe thinking spaces for their children, and restore Catholic education worthy of their trust.

Jon Zagaja
Follow
Jon Zagaja is a retired Ontario high school English teacher. Founder of Educators for Critical Thinking, he is researching current trends in education informed by recently released documents from the Institute of National Remembrance in Warsaw about Polish resistance against Nazi and Soviet communist occupation.
TOP NEWS