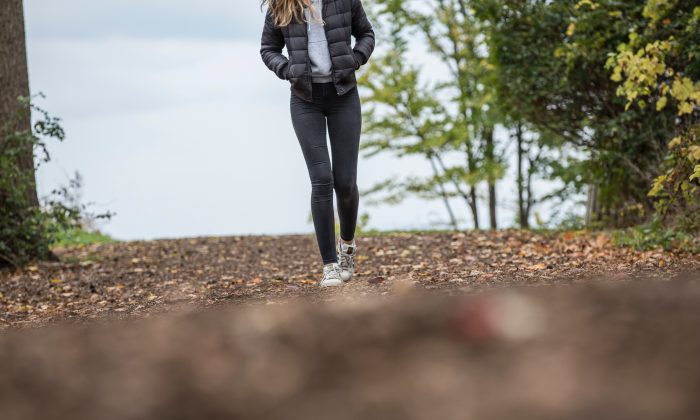 A concerned mother has pleaded with women to consider ditching their leggings, saying in an open letter on March 22 that the fashion trend makes it harder to teach her sons that women are someone’s daughter or sister.

Catholic mom Maryann White said she thought it was “strange” that the fashion industry has made leggings such a popular item among young women.

White said her comments were not to insult or restrict anyone as she expressed her views that she said she had long kept to herself, waiting in vain for fashion trends to change.

“I’m not trying to insult anyone or infringe upon anyone’s rights,” White said in a letter to the Notre Dame and Saint Mary’s Observer. “I’m just a Catholic mother of four sons with a problem that only girls can solve: leggings.

White said she does her best to teach her four sons that women “should be viewed first as people” and considered with respect. But “in a world in which women continue to be depicted as ‘babes,'” she expressed a feeling of helpless in the face of the influence of music videos, video games, and movies that promote images of women wearing excessively revealing garments.

“I talk to my sons about Princess Leia and how Jabba the Hutt tried to steal her personhood by putting her into a slave girl outfit in which her body became the focus.

“That’s the only scene in the whole franchise in which Leia appears in such a way — and it’s forced upon her,” White explained.

“Leggings are hardly slave girl outfits. And no one is forcing them on the countless young women who wear them,” White continued, “but I wonder why no one thinks it’s strange that the fashion industry has caused women to voluntarily expose their nether regions in this way.”

White then explained a situation she found during Mass, where “you couldn’t help but see those blackly naked rear ends.”

“I was at Mass at the Basilica with my family. In front of us was a group of young women, all wearing very snug-fitting leggings and all wearing short-waisted tops (so that the lower body was uncovered except for the leggings). Some of them truly looked as though the leggings had been painted on them.

“I was ashamed for the young women at Mass. I thought of all the other men around and behind us who couldn’t help but see their behinds.

“My sons know better than to ogle a woman’s body—certainly when I’m around (and hopefully, also when I’m not). They didn’t stare, and they didn’t comment afterwards. But you couldn’t help but see those blackly naked rear ends.

“I didn’t want to see them—but they were unavoidable. How much more difficult for young guys to ignore them,” White said.

White acknowledged that fans of leggings may wear them because they feel “comfortable,” but said that there are also other comfortable ways of dressing such as “pajamas” and “nakedness” but that women didn’t do that because they have respect for themselves.

“The human body is a beautiful thing but … we want to be seen as a person, not a body (like slave-girl Leia),” she said.

White also added that respect goes both ways. “We respect the other people who must see us, whether they would or not. These are not just my sons—they’re the fathers and brothers of your friends, the male students in your classes, the men of every variety who visit campus.”

She said she also worried about leggings because young women’s choice in clothing could lead to unwanted attention from the opposite sex.

“I’m fretting both because of unsavory guys who are looking at you creepily and nice guys who are doing everything to avoid looking at you,” White said. “For the Catholic mothers who want to find a blanket to lovingly cover your nakedness and protect you—and to find scarves to tie over the eyes of their sons to protect them from you!”

White finished by saying that she felt there are many options for women to look fashionable in other than “so very naked, so form-fitting, so exposing” leggings.

Other women thought it was a silly issue to protest.

“This is so stupid. Why would humans intentionally do something they heard offended someone? Whether you agree or you do not, there is no need to smear in the face of someone who is clearly offended (her own right),” Beca Gingerich said on the Facebook event page. “You do not know what she has lived through that makes her worry about this. How unkind of all of you women. A simple, I disagree and moving along, would have been just fine and adult.”

Bonney Brown, 68, also shared her views on the protest.

“It’s very immature to have a “day” over this … have an opinion but let it go. I wear leggings almost 90 percent of the time,” she said. “You don’t always have to shove your opinion in people’s faces … sad … you will then lose folk’s respect over protesting. Protesting should be limited to serious issues: health care, wars, … etc.”