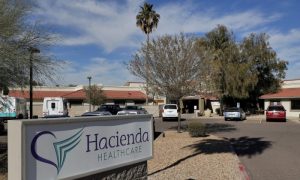 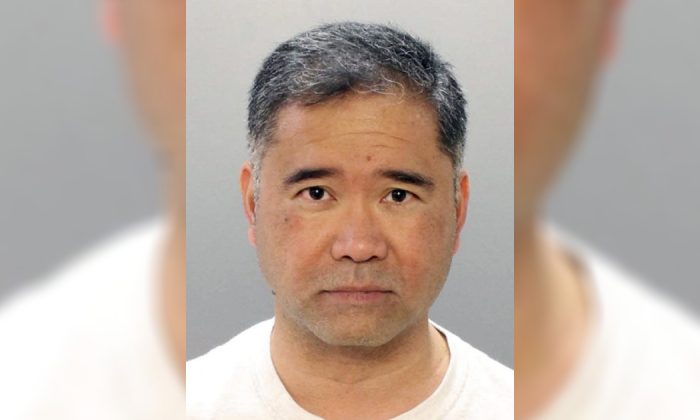 The Roman Catholic church admitted on March 6 that one of its priests on the U.S. East Coast is being charged with allegedly sexually abusing a minor and filming the act.

Philadelphia Priest Armand Garcia, 49, was briefly behind bars on March 4 and accused of committing child rape and sexually abusive acts between 2014 and 2017.

An Archdiocese of Philadelphia spokesman confirmed that Garcia, who is originally from the Philippines, had worked as a pastor at St. Martin of Tours parish in northeastern Philadelphia at the time of the allegations.

The Archdiocese of Philadelphia knew of the allegations since last year, but parents just found out Tuesday. — Suspended #priest charged with sexually assaulting child in 2014https://t.co/asp1uFVHQq

He was named pastor at St. Martin of Tours in November 2017 after being transferred earlier that year from the Immaculate Heart of Mary Parish in Roxborough, where he was a parochial vicar.

As of late Sunday, March 3, Garcia’s name had been removed from the St. Martin of Tours parish website and that of the National Association of Filipino Priests—an organization with which Garcia had served as part of its leadership council.

The archdiocese placed Garcia on administrative leave on March 16, 2018, when police notified church officials of their investigation. A search warrant was executed in the parish rectory that same day, according to archdiocese chief communications officer Kenneth Gavin. Gavin told The Inquirer the archdiocese fully cooperated with the probe.

Philadelphia, PA – Archdiocese of Philadelphia priest Armand Garcia has been charged with rape and sexual abuse of a minor for allegedly abusing a teenage girl between 2014 and 2017.

Coverage of this case with commentary from survivors lawyer Brian Kent: https://t.co/1RT1xSSl1e

Philadelphia police have not yet released further details of the allegations, and would only say that Garcia has been arrested and is being charged with the rape and sexual abuse, following their investigation into possible alleged misconduct with minors.

He was also charged for allegedly recording a sexual act https://t.co/DxpPFAUNA5

Brennan stated that while any allegation made against priests tend to carry a degree of notoriety, Garcia is presumed innocent and should be given a chance to present his defense.

“I will say that I’ve been in touch with the authorities on Father Garcia’s behalf,” Brennan told The Inquirer. “He has an unblemished record, from my understanding, and he’s a good man.”

Garcia was ordained in 2005, just two years after a damning report from a Philadelphia grand jury accused dozens of current and former area priests of sexual misconduct with children.

At the time, Garcia was found to have no criminal background and passed all checks for past child abuse allegations, according to Gavin. Garcia had also completed the mandatory “safe environment” training program for all priests, parish teachers, and volunteers.

Such scandals have also rocked the Roman Catholic Church in Chile, Australia, Ireland, and more. In the United States alone, billions of dollars have been paid in settlements.

Pope Francis on Feb. 21 held a summit at Vatican City where many hoped the church would be able to address how it can better help prevent cover-ups of cases where Catholic superiors have committed acts of sex abuse. Some 190 presidents of bishops’ conferences, religious orders, and Vatican offices attended the four days of talks and workshops.

Melanie Sakoda, a board member of the Survivors Network of those Abused by Priests (SNAP), told The Epoch Times that the summit failed to address accountability problems properly and said there are still priests who have committed such abuses serving in the ministry today.

“In my eyes, it was a failure. Once again, they met, they talked and talked. Words don’t protect children. Only actions protect children and action is not what we are seeing,” she said. “It was disappointing but not unexcepted.”

Sakoda said Francis refused a chance to meet with survivors on Feb. 20.

Peter Isely, an American from Milwaukee who was abused by a priest when he was a boy, visited Vatican City during the summit to meet with Vatican officials to talk about ways to combat the problem.

Isely said the discussion had become “a little bit confrontational, a little heated at times but polite.”

“We made our demands for zero tolerance. We want the pope to write into universal law: zero tolerance for the cover-up of sex crimes. They can do it right now,” Isely told reporters after the meeting.