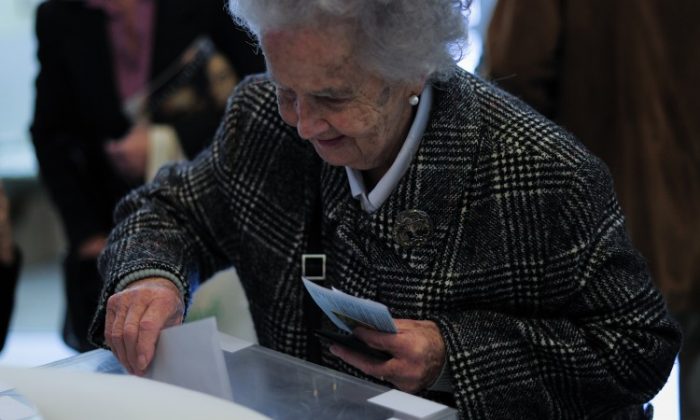 The nationalist parties in the Spanish region of Catalonia are poised to win in the semi-autonomous area’s election, increasing the possibility for the region to hold a referendum to break away from the rest of Spain.

The ruling Catalan Convergence and Unity, or CiU, party will take the most seats and the Republican Left, or ERC, will take the second most seats, according to exit polls, reported Catalonia broadcaster TV3. It has been speculated that the ERC, which has also expressed solidarity for a secessionist referendum, will support the CiU.

The CiU lost around five seats compared to the last election, but it means that Catalonia’s regional president, Artur Mas, who is opposed to Spanish Prime Minister Mariano Rajoy and wants Catalonia to break away, will stay in power, according to TV3.

“Catalonians have decided they want to take responsibility for their future,” Mas said in a statement last week, describing the vote as “the biggest challenge in the last 300 years.”

He said the vote paves the way for “living in harmony with other countries and other nations around the world.” Mas has promised Catalonians a referendum to break away from Spain, which has been mired in its worst financial crisis in decades. Prime Minister Rajoy is currently considering requesting a European Union bailout.

The Spanish central government said that if Catalonia attempts to break away, it would be illegal and against the country’s constitution. Catalonia makes up around a fifth of Spain’s economic output and its economy is on par with Portugal.

Ahead of the vote, Alicia Sanchez-Camacho, the president of the Rajoy’s Popular Party in Catalonia, called for “massive” voter turnout.

“At stake [in the election] is much more than results. What is at stake is our future,” Sanchez-Camacho said, according to the Hechos de Hoy publication.

Out of Spain’s 17 regions, Catalonia has amassed the most debt, totaling around $54 billion and is locked out of international capital markets, reported the Financial Times.

“I want the freedom to express myself in a referendum on my country’s future,” 68-year-old Catalonia resident Maria Villalba told the Times. “These elections are exciting. Things are changing here.”