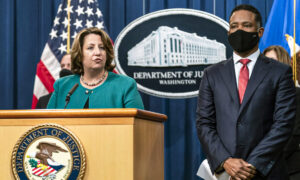 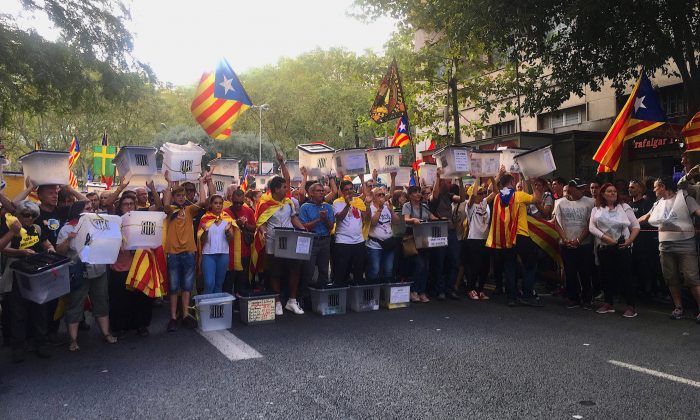 BARCELONA—It’s been a year since secessionists in the coastal region of Catalonia held what the Constitutional Court of Spain referred to as an illegal referendum to seek independence.

With pro-independence protests erupting in the region to mark the anniversary of the events of October 2017, the country is still grappling for a long-lasting solution to the unrest.

For many in Catalonia, Oct. 1, 2017, is a difficult day to forget. The referendum was made possible mainly because of the many Catalans who slept in polling centers the night before to prevent Spanish police from closing the sites.

Despite police confrontations that left almost 1,000 people injured, 2.2 million people voted in the referendum, with 90 percent choosing to secede from Spain. The turnout for the vote, however, was only 43 percent, as most of those opposing independence didn’t go to the polls, deeming the referendum illegal.

Following the referendum, the Parliament of Catalonia declared independence on Oct. 27. However, Spain invoked Article 155 of the constitution, suspending the government of Catalonia to “restore legality.”

A year later, nine secessionist leaders are detained, with their trials expected to begin this winter, and seven others—including the former president of the government of Catalonia, Carles Puigdemont—are in self-imposed exile. They face multiple charges, including rebellion, sedition, and misuse of public funds.

“We live in a situation of absolute gravity,” said Quim Torra, the pro-independence president of the government of Catalonia, during a public speech on the anniversary of the referendum.

Torra asked for the release of what he considers “political prisoners” and urged the Spanish government to allow a referendum on independence, implying that the Oct. 1 vote isn’t valid. For his part, Spain’s Prime Minister Pedro Sánchez said he is “open to dialogue within the framework of law,” implying that he rejects the idea of holding a referendum.

Marcel Mauri de los Rios, vice president of the Omnium Cultural pro-independence organization, noted that the secessionists remain determined to gain independence. However, he can’t say if their movement is any closer to its goal compared to last year.

“It will be a long process, not free of difficulties. Things are moving forward,” Mauri de los Rios said.  The president of Omnium Cultural, Jordi Cuixart is currently detained.

During the last round of elections in the region, secessionists received 48 percent of the popular vote. A poll by the Opinion Studies Center of the Government of Catalonia shows 46.7 percent of Catalans in support of independence, and 44.9 percent opposed.

Although the single party with the most votes during the last elections was the pro-Spain center-right Ciudadanos, which considers the declaration of independence a coup d’etat, the government in Catalonia is currently formed by a coalition of pro-independence parties that hold the most seats in the parliament.

Míriam Tey, vice president of Societat Civil Catalana, an organization that opposes independence, says one year after the referendum, the independence movement has failed.

“We see that the independence movement has failed as a political project. The referendum and the declaration were unilateral and illegal, and as a result, didn’t get international recognition,” she said.

She also blames the referendum for creating more division within the country.

“Today there [is] more social division between pro-independence and pro-Spain supporters than a year before.”

There are also signs of division among the pro-independence groups, with organizations such as the Catalan National Assembly urging Torra to take immediate action to make the Republic of Catalonia a reality, while others advise against the move at this point.

Some pro-Spain groups also accuse Torra of ignoring those in the region who don’t want to secede from Spain.

“Torra forgets half of the Catalans,” said Miquel Iceta, leader of the Socialists’ Party of Catalonia.