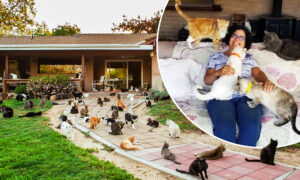 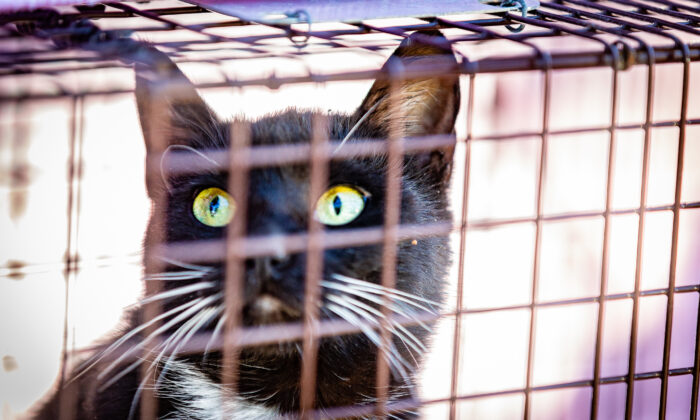 Animal advocates in Orange County, California, say they’re bracing for the “worst kitten season” as they struggle to have feral cats spayed or neutered.

Before shutting down a few months into the pandemic, Orange County Animal Care’s (OCAC) Return to Field (RTF) program assisted in trapping feral felines, transferring them to shelters to be sterilized and vaccinated at no cost, and releasing them back into their colonies.

But when the program halted last year, trap-neuter-and-release (TNR) volunteers and nonprofits that trap and help feral cats have taken on full responsibility for the animals. With limited resources, trappers are “overwhelmed” as concerned about the feral cat situation worsening.

In Santa Ana, a foster is holding more than 50 cats and is paying out close to $400 of pocket for health services, TNR volunteer Romina Y. told The Epoch Times.

“It’s really hard for us to keep everything under control, and a lot of the cat rescue groups are nonprofit, and they rely on donations,” said Romina, who didn’t want her last name used.

In 2019, the RTF program received a cease-and-desist letter from a community member accusing the shelter of breaking the law by abandoning animals. Shortly after, the RFT services stopped with no mention of resuming.

“Locally, OCAC has been advised that the release of unowned cats into the community is prohibited,” Orange County Animal Care Assistant Director Monica Schmidt told The Epoch Times. “We are working internally and with members of the TNR and RTF communities, to identify and develop options that support public safety and animal welfare.”

Rasmussen is advocating for the shelter to bring back the RTF program at least a few days per month for community members to deliver feral cats to be spayed and neutered. The public would also take responsibility in taking the cats back, she said.

Without help, more cats will be wandering the streets of Orange County as the worst kitten season approaches, Rasmussen said.

Rasmussen said that nonprofits supply vouchers for trappers to take cats in for health services. However, the cost of the service is not fully covered, and trappers end up paying out of pocket.

Meanwhile, trappers such as Romina said they’re concerned about the fate of the cats.

“Everyone is super overwhelmed, especially because the shelter is not taking any animals, and the ones that they do take in are kittens, [and] they’re not healthy,” Romina said.

Kittens accepted at the shelter for treatment are then put up to foster before being added to a euthanasia list, she said.

“There are kittens three or four weeks old, with something as simple as an upper respiratory infection that is easily treatable with medication,” Romina said. “It kills us seeing all the pictures of those little kittens with a simple cold or ringworm being put in the euthanasia list.”

A peaceful protest to pressure the Orange County Animal Care to return the RTF services is occurring on June 4 in Tustin.