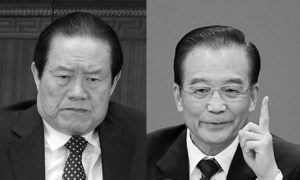 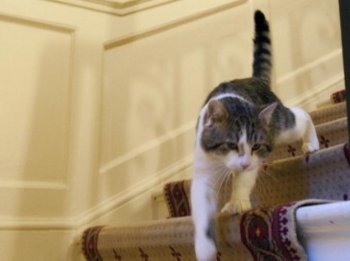 Stalking the Corridors of Power

Peter Simmons
View profile
Follow
biggersmaller
Print
The latest member of the Cabinet office team arrived on Tuesday, and is expected to put all his accumulated street-savvy to use in the corridors of power at 10 Downing Street.

But Larry isn’t the latest media consultant, or policy adviser. He is a 4-year-old tom cat, rescued as a stray last month by Battersea Dogs and Cats Home.

The appointment of Larry picks up a tradition of cats at the prime minister’s residence and office that fell by the wayside during Tony Blair’s premiership.

“I'm sure he will be a great addition to Downing Street and will charm our many visitors," said David Cameron.
It is hoped Larry will put his years of street experience to use in his unofficial title "Chief Mouser to the Cabinet", although he was picked specifically for his potential as a “ratter”.

The appearance of rats in the street over the last few months – featuring in news footage on more than one occasion – had prompted suggestions of finding a cat, which officials first rejected.

But in the end, the office agreed to resume the tradition which apparently stretches back to the time of Henry VIII. According to Mr Cameron’s spokesman: “There was a group of people in Downing Street who though it was a jolly good idea. They have won.”

“Larry may have had it tough as a stray but he’s active, lively, and confident,” said Battersea Dogs and Cats Home in a statement on the Home's website.

Battersea staff SuiLi Stenhouse said: “They were looking for a Battersea cat that could sort out any rats but also get on with everybody. There are usually tell-tale signs of the hunter instinct from a previous life in some cats, and even in the cattery Larry showed those signs.

“10 Downing Street really is a cat’s dream, as there are lots of places to explore, so I am confident Larry will enjoy living there and do a great job.”