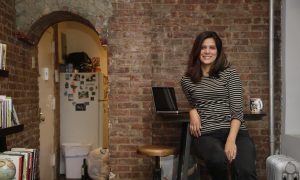 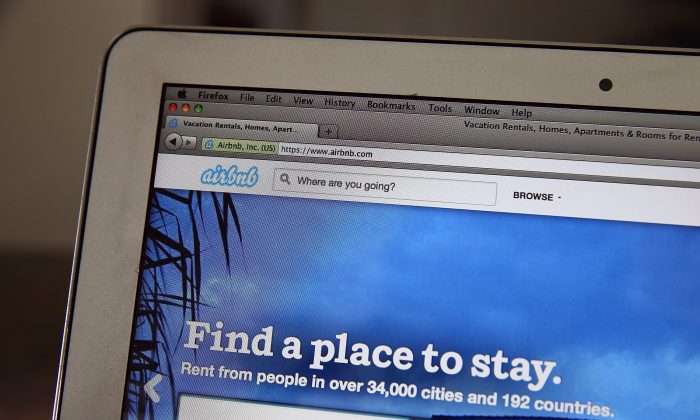 The Airbnb website is displayed on a laptop on April 21. (Justin Sullivan/Getty Images)
Business

Casualties of the Airbnb Wars

Unlike its Silicon Valley successor, Habitat was not in the business of “disruption,” and rarely, if ever, flouted state and local housing regulations.

“Behind the scenes we do lots of work, every property is visited by licensed agents,” said NY Habitat CEO Marie Jezequel, who said that NY Habitat has an extensive vetting process to make sure that the units listed comply with state regulations and apartment bylaws, such as checking proofs of tenancy or ownership.

Since 2010, the firm has lost a great deal of business in New York after the state Legislature made it illegal to rent out rooms in residential buildings for fewer than 30 days unless the host was also living in the unit.

The law was designed to expedite the prosecution of illegal hotels—residential units clandestinely operated for short-term rental that dodged taxes and safety regulations, a practice made easy by apps like Airbnb—but it inadvertently undermined long-standing businesses like NY Habitat, which rented out many units for less than 30 days.

“We lost most of our inventory, it was a huge catastrophe, we complied with the law and we lost it all, one by one,” Jezequel said.

Although widely referred to as the illegal-hotel law, the short-term rental restrictions introduced in 2010 were effectively an anti-Airbnb law.

The home-sharing platform, launched in 2008, made short-term rental mainstream and has since caught the ire of lawmakers and housing activists who charge the company with reducing the affordable housing supply in New York City.

The efforts to rein in the explosive rise of Airbnb in New York has resulted in its fair share of collateral damage, with businesses like Habitat, traditional bed-and-breakfasts, and small-time Airbnb users caught in the crossfire.

And the Airbnb war is only escalating. The anti-Airbnb coalition launched the ShareBetter initiative in early September, a $3 million campaign set on driving Airbnb out of New York City with the stated goal of saving the city’s thin stock of affordable housing. The city’s press—hungry for a lurid affair—has served as a loyal auxiliary to the campaign.

The single Airbnb user New York Magazine profiled in its recent novella-length report on Airbnb was Rolf—a pseudonym, naturally—an artist who rented out multiple residences in Manhattan using a fake name, with at least one apartment being rent-controlled, and counts a Russian oligarch among his customers.

When the New York Post reported in April on hookers turning apartments into brothels with Airbnb, the story was rapidly spread across online news outlets.

On paper, the 2010 illegal-hotel law should have been a boon to the bed-and-breakfasts that had been operating in New York for decades, which paid taxes and were registered with the city. The law was aimed at their digital competitor, but brick-and-mortar bed-and-breakfasts ended up much worse off than before.

Vinessa Milando had been running her bed-and-breakfast for more than a decade when she was fined $12,000 in the summer of 2011 for breaking the new illegal-hotel law, which presumably exempted her business because she also resided in the home where her boarders were staying.

Indeed, in a comment on a separate case, New York state Sen. Liz Krueger, the sponsor of the 2010 law, said that situations “where a permanent tenant remains living in a part of the home, were never the focus of the New York law against illegal hotels.”

But the fine print of the law said otherwise. Milando was told that to be exempt, she had to be living in the same residential unit as her guests—they had to share a kitchen and a bathroom, and their rooms couldn’t be separated by a locked door.

“Basically you had to share the same toothbrush holder to qualify,” she said.

Milando hired a lawyer and tried to appeal the fine, but was stopped by a bureaucratic mishap. The Environmental Control Board failed to mail her their ruling before the deadline for the appeal process, which required a written copy of the decision.

The cumulative cost of the fine, legal fees, and revenues lost from time spent being in court instead of operating her business had cost her $160,000 by April 2012, when she took the task of calculating her expenses to give a number to the state Assembly’s Housing Committee.

Milando’s Ivy Terrace is still open, but other bed-and-breakfasts (BnB) have been driven out of business as a result. Of the 25 BnBs that Milando is aware of in the five boroughs, seven have closed since 2011, with some having paid even higher fines than Milando.

The remaining BnBs won’t go quietly. In 2012, Milando created StayNYC, a trade association for BnBs in the city. They’ve since met with statewide innkeeper associations, talked to city council members, and even hired a lobbyist to get the state to grant them an exemption from the illegal-hotel law.

In spite of the troubles wrought by the anti-Airbnb movement, Milando said she bears no ill will against them, and said that she was “supportive of this city and ShareBetter.”

The ShareBetter campaign makes a simple case against Airbnb. Housing entrepreneurs, or “power hosts,” use the online platform to turn residential apartments into hotels and deplete the housing stock in New York City.

Other charges, such as the claim that Airbnb is a tax-cheat, have died down since the company has offered to remit hotel-level taxes to the state, and have already started paying taxes in select cities such as San Francisco.

Most Airbnb activity should theoretically, under the spirit of the illegal-hotel law, be permitted. Only a small fraction of Airbnb hosts operate illegal hotels, with 88 percent of hosts listing only one residence, and 70 percent of the housing inventory listed on Airbnb were single-residence hosts, according to the travel intelligence company Skift.

The latter figure likely underestimates the fraction of activity by single-residence hosts, since activity for Airbnb fluctuates seasonally and peaks during August, the month where vacations are most frequent.

According to a 2013 report commissioned by Airbnb, most Airbnb hosts don’t list their homes throughout the year. The average Airbnb listing on NYC was only available 49 days, or 13 percent of the year, and skews toward the traveling season.

Nigel Warren was one of those non-power hosts. In September 2012, he rented his apartment to a Russian tourist via Airbnb while away on a three-day trip to Colorado. During the trip, his Airbnb guest had bumped into an inspector from the city’s Special Enforcement Unit, and Warren was thus fined $7,000 for violating the 2010 illegal-hotel law.

His fines were initially dismissed because the paperwork was filed incorrectly with the Environmental Control Board, but he received new violations from the same incident and faced up to $30,000 in fines. In May 2013, an administrative judge levied a $2,400 fine on Warren.

But the judge disagreed, and said that the exempted “boarder, roomer, or lodger” in the law referred only to people who “share the life of the dwelling with its permanent occupants” like friends and family, not “complete strangers” like Airbnb guests.

With the personal help of Airbnb, Warren appealed the decision, which was overturned by Environmental Control Board’s Appeals Board in September 2013. The decision had set a favorable precedent for Airbnb in New York City, but Warren’s legal ordeals, which were widely reported, has had a chilling effect on other Airbnb hosts.

“Friends that have rented their places on Airbnb have had differing reactions to what happened to me. Some continue to rent out, and others have decided that they’re not comfortable with the risk and have pulled their listings from the site,” Warren wrote in an email. “I know one friend that continues to rent has become more cautious, and asks guests to say they’re friends if they bump into anyone in the building.”

Airbnb has campaigned aggressively against the 2010 illegal-hotel law, and has bought TV ads and large swathes of the poster space at New York City’s subway stops since early 2014.

Housing advocates see Airbnb’s efforts in a more sinister light, and believe that the company wants to overturn the 2010 law wholesale to usher in the return of bona fide illegal hotels.

“They’re trying to undo a housing law that prevents affordable apartments from going away,” said Jaron Benjamin of the Met Council on Housing. “If they really cared a lot about people renting out these apartments in legal ways, they would spend the money to do an educational campaign on their customers.”

Nigel Warren still uses Airbnb these days, but only as a guest.

“I still use Airbnb to rent from others from time to time when I travel,” he said. “I don’t currently rent out my apartment.”