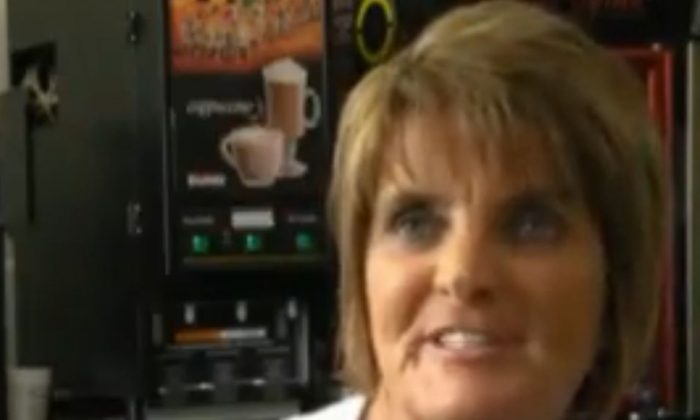 A screenshot of KAIT-8 shows Mary Jo Hart of Doniphan, Missouri.
US

A Missouri cashier sold herself a winning lottery ticket worth $1 million.

Mary Jane Hart of Doniphan played the lottery at the Hartland Pit Stop and won twice, but the second one is what landed her the million-dollar prize, reported KAIT-8 TV. She first won $500.

“I’ve always wanted to win a jackpot so that I could go to way more NASCAR races than I go to [now], which is a lot,” she told the station.

Hart, a mother of three, said she used the numbers of some of her favorite NASCAR drivers for the lottery.

“Someone had called me and told me that there was a winning ticket at the [Hartland Pit Stop],” she said. “So I went to the convenience store at Poplar Bluff and it said I was a winner.”

Hart, who also works as a pharmacy technician, won the $1 million as part of the record $590 million Powerball jackpot.

“We’re just little common people here in a very poor community so this has been a very big deal to everybody here,” Hart said in reference to her hometown, which has a population of 2,000, reported ABC News.  “It’s the buzz of the town.”

Hart added that she would also like to visit Hawaii.

When asked if she would quit her two jobs, Hart said she wouldn’t.