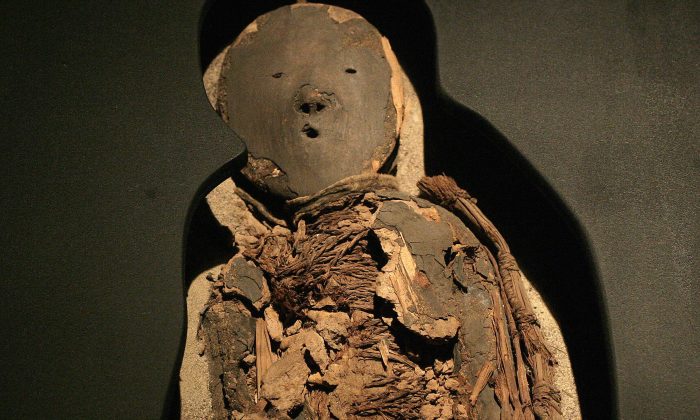 A Chinchorro mummy of a child - dated between 5000 B.C. and 3000 B.C. on display at San Miguel de Azapa Museum in Arica, Chile. During the past decade, many of the Chinchorro mummies have begun to rapidly degrade. (Claudio Santana/AFP/Getty Images)
archaeology

Case of the Rotting Mummies