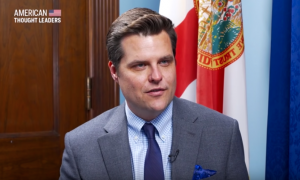 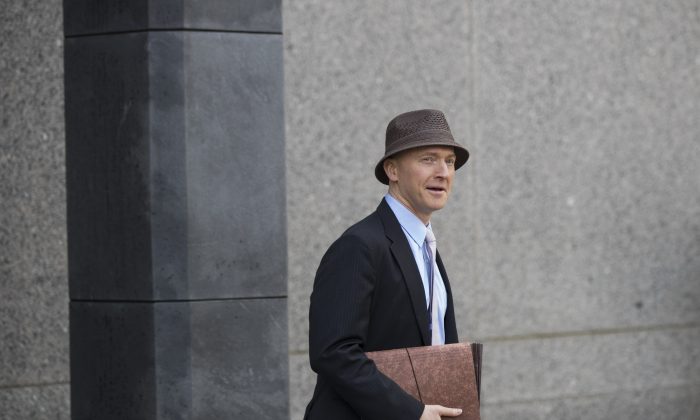 The declassification of a spy warrant application against Trump campaign adviser Carter Page may reveal that the FBI broke its own procedures by hiding from the Foreign Intelligence Surveillance Court (FISC) that Page assisted the bureau in the arrest and prosecution of a Russian spy.

President Donald Trump has indicated he is considering declassifying the FISA application and court documents.

The redacted version, which was released in July, already revealed that the FBI relied heavily on the so-called Steele dossier in the Page FISA application and its subsequent renewals.

The FBI may have also violated verification processes known as the Woods Procedures.

The goal of the Woods Procedures is to ensure accuracy with regard to the following:

It’s the third point in regard to Page that’s particularly important. That’s because he cooperated with both the FBI and U.S. Attorneys for the Southern District of New York (SDNY) in the Evgeny Buryakov case, involving several Russian spies.

The Page FISA application references the Buryakov case, and also references an FBI interview with Page. Current information suggests there was only one meeting between Page and the FBI in 2016. It happened in March 2016. It was in relation to the Buryakov case—in particular, to one of the named individuals, Victor Podobnyy.

We know this in part from the testimony that Page gave before the House Intelligence Committee, during this exchange between Page and Rep. Trey Gowdy (R-S.C.):

GOWDY: I’m just wondering if you can recall whether the Federal Bureau of Investigation may have interviewed you in 2016?

PAGE: During that case related to Mr. Podobnyy, where—which was also illegally leaked, that I was indeed Male No. 1, someone leaked that to Politico and ABC News in April—I had a meeting in the U.S. District Court, Southern District in New York—or the U.S. Attorney’s Office there on the criminal side—and I spoke with them about that then.

Page, who cooperated with the FBI on the case, almost certainly was providing testimony and/or details against Podobnyy in the Buryakov case.

Fired former U.S. Attorney Preet Bharara and John Carlin, former head of the FBI’s National Security Division, were both involved in the case.

Page recently confirmed in a Sept. 9 tweet that the date of his meeting with the FBI and SDNY attorneys was on March 2, 2016.

“Since @jonathanvswan reports FISA doc disclosure soon, guess I can answer an old question on when I spoke with FBI / SDNY Prosecutors whom I had helped. My records show March 2, 2016,” Page wrote in the tweet.

Since @jonathanvswan reports FISA doc disclosure soon, guess I can answer an old question on when I spoke with FBI / SDNY Prosecutors whom I had helped. My records show March 2, 2016.

“This” refers to an ABC News article that Page linked to his tweet, Russian Spy Pleads Guilty, Walked Into FBI ‘Trap’. The article directly references the Evgeny Buryakov case.

This means that Page met with the FBI and SDNY prosecutors on the case just nine days before Buryakov pleaded guilty.

Page has never been arrested nor charged with any crime; It is highly unlikely he ever will be.

If the FBI failed to disclose Page’s cooperation or materially misrepresented his involvement in its application to the FISA Court, it means that the FBI Woods procedures were directly violated.

There’s another problem as well. A declassified version of the Page FISA application already may have been circulated to the press.

On April 3, 2017, BuzzFeed reporter Ali Watkins wrote an article “A Former Trump Advisor Met with a Russian Spy.” In the article, she identified Page as “Male-1” in court documents relating to the Buryakov case:

“A former campaign adviser for Donald Trump met with and passed documents to a Russian intelligence operative in New York City in 2013.

“A court filing by the U.S. government contains a transcript of a recorded conversation in which Podobnyy speaks with one of the other men busted in the spy ring, Igor Sporyshev, about trying to recruit someone identified as ‘Male-1.’ BuzzFeed News has confirmed that ‘Male-1’ is Page.”

Nowhere in the court filing described in the BuzzFeed article was Carter Page named. But Page is named, referenced, and linked to the court filing in the FISA application delivered to the Senate Select Committee on Intelligence (SSCI).

“The FBI obtained a secret court order in October 2016 to monitor the communications of a former adviser to presidential candidate Donald Trump, part of an investigation into possible links between Russia and the campaign, law enforcement and other U.S. officials said.

“The FBI and the DOJ obtained the warrant targeting Carter Page’s communications after convincing a Foreign Intelligence Surveillance Court judge that there was probable cause to believe Page was acting as an agent of a foreign power, in this case, Russia, according to the officials.”

The information contained within both articles likely came via leaks from James Wolfe, who was arrested on June 7, 2018, and charged with one count of lying to the FBI.

Wolfe, director of security for the SSCI from May 1987 to December 2017, was responsible for receiving, maintaining, and managing all classified information provided to the SSCI by the executive branch of the United States.

Wolfe’s indictment alleges that he was leaking classified information to multiple reporters over an extended period of time. It appears that Wolfe leaked copies of the Page FISA application to Watkins and possibly to the Washington Post.

As detailed in Wolfe’s indictment, on March 17, 2017, the SSCI viewed the Page FISA applications. On March 17, 2017, Wolfe sent 82 text messages to Watkins, and that evening, engaged in a 28-minute phone call with her. Two weeks later, the first story by Watkins appeared.

If these reporters did receive an unredacted copy, what details, exactly, weren’t disclosed in their reporting. And, redacted or not, which other members of the press gained access to the FISA application in 2017?