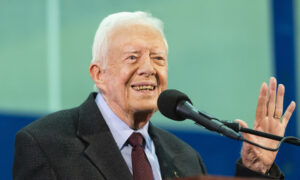 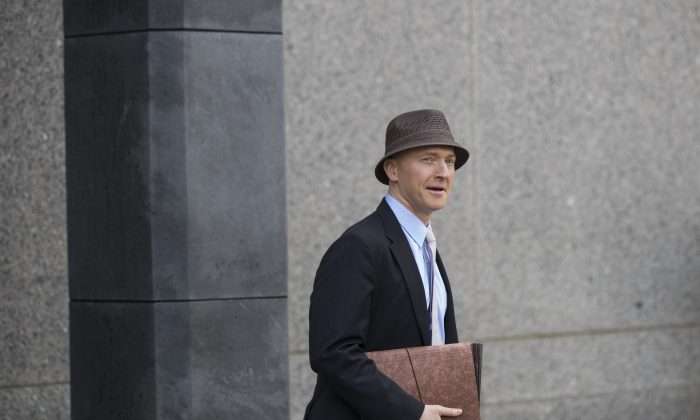 Former Donald Trump campaign aide Carter Page is accusing the Department of Justice (DOJ) of “Orwellian overreach” in how it responded to his lawsuit, claiming the agency delayed its findings, according to court papers filed Friday.

“On Monday, this Court confirmed that Article II authorities do not have subjects, bound by loyalty or blood, whose destiny they are entitled to control,” Page says in a court filing. “But characteristic of the Defendant’s Orwellian overreach, DOJ has instead continued to exercise an even greater level of absolute control entailing life-threatening damages against the Plaintiff, stemming from the United States Government’s incessant violations of the Privacy Act of 1974 and other alleged criminal activity.”

The court filing was first reported on by Fox News.

Michael Horowitz, the agency’s Inspector General, is expected to release his report Dec. 9 on allegations of abuse surrounding the FBI’s surveillance on Trump’s associates during the 2016 election.

Last month, Page sued the Justice Department while saying his requests to review a draft of the report and other related records haven’t been met.

Page additionally alleged that the department violated his privacy rights by sending copies of the Foreign Intelligence Surveillance Act (FISA) application to the New York Times before presenting him an opportunity to review the documents.

“The DOJ, its employees and officers, including those in the affiliated agency of the FBI under their jurisdiction, acted intentionally or willfully in violation of Dr. Page’s privacy rights,” the lawsuit said.

“As a result of the DOJ’s violations of the Privacy Act, Dr. Page has suffered adverse harmful effects, including, but not limited to, mental distress, emotional trauma, embarrassment, humiliation, and lost or jeopardized present or future financial opportunities.”

Page, 48, is also calling on the DOJ also “expunge all records or information maintained by the DOJ that is inaccurate or derogatory” to Page and award unspecified damages and court fees, Fox reported. Meanwhile, any DOJ officials who violated the Privacy Act should be referred for prosecution, he said.

The FBI obtained a FISA warrant and began spying on Page in October 2016. The FISA warrant had described Page as an agent of Russia, and the government never charged Page with a crime.

A significant portion of the FISA application was reportedly based on a dossier compiled by former British intelligence officer Christopher Steele. The Hillary Clinton campaign and the Democratic National Committee (DNC) ultimately funded Steele’s work. None of the four FISA applications mention that the Clinton campaign and the DNC funded the research behind the dossier.

Earlier this month, Attorney General William Barr said at a conference in Tennessee that “a number of people who are mentioned in the report are having an opportunity to right now to comment on how they’re quoted in the report, and after that process is over—it should be very short—the report will be issued,” The Hill reported.