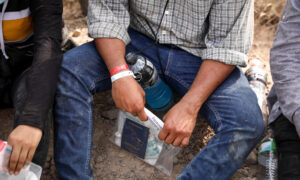 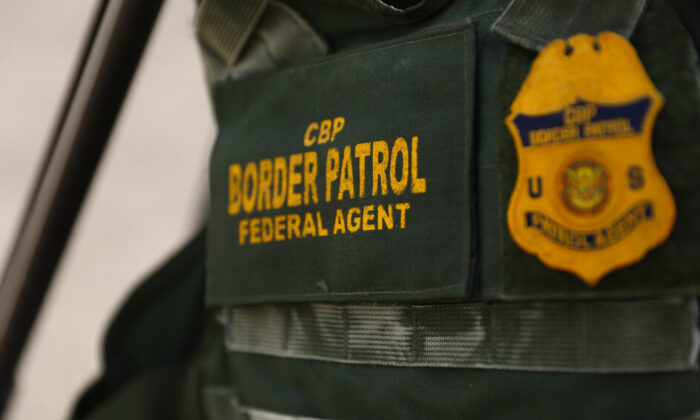 A cartel in Mexico has issued a death threat to U.S. law enforcement via a banner attached to an overpass in Mexico, across the border from El Paso, Texas.

The banner, written in Spanish, translates to: “Warning: This is for the local, state, ministries, and national guard and for the American [expletive] from immigration.

The banner is signed: “Yours, the very best of all Juarez.”

A photo of the banner was sent by a source in Mexico to former Immigration and Customs Enforcement (ICE) special agent Victor Avila on July 15, who posted it to Twitter (warning, explicit language).

Avila worked in ICE Homeland Security Investigations, the agency’s investigative arm. In 2011, he survived a violent ambush by a Mexican drug cartel while on assignment in Mexico. He suffered multiple gunshot wounds, while his partner, special agent Jaime Zapata, was killed.

The agency is aware of the threat, and an investigation is underway, according to Landon Hutchens, CBP spokesperson from its El Paso office.

“As with any threat made against CBP personnel, it will be handled accordingly and not taken lightly,” Hutchens told The Epoch Times via email.

“Any threats made, or harm that results [from] the threats, will be fully investigated, with the respective violators being prosecuted to the fullest extent of the law.

“The referenced threat is a reminder that members of transnational criminal organizations will stop at nothing to further their exploitation of those being smuggled into the United States, to include not only harming their victims, but threatening U.S. federal law enforcement officers when their illicit activities are threatened.”

Avila said the timing of the threat may be related to the extra law enforcement presence at the border, in particular, of Texas State Police, who are working with local sheriffs’ offices to stop vehicles involved in smuggling. State troopers have been involved in 455 vehicle pursuits from March through July 8, according to the Texas Department of Public Safety.

Avila said the cartels “don’t like being messed with” as they’ve had “such an open border under this administration. They’ve been doing whatever they want for six months.”

He said the Juarez cartel operates across from El Paso, but it’s currently in shambles and other cartels are moving in. Avila said the Sinaloa cartel has started moving into the area, as well as Cartel Jalisco New Generation (CJNG).

“So because of the instability of that region, the other cartels have taken advantage to move in,” he said.

CJNG is Mexico’s fastest-rising cartel, and it has a presence in at least 20 Mexican states, as well as Mexico City, with its base of operations in Jalisco and Colima. Homeland Security Investigations has said the cartel’s operations extend into the United States, with notable activity in Washington state.

Skirmishes between cartels have ramped up along the southern border in recent months.

Cartels often will record videos on a victim’s cellphone or publish the killing online, which serves as a warning to others.

“They’re dismembering people that are alive, cutting their heart out of their chest and holding it in their hand as it still beats, putting heads on top of the cars, playing soccer with human heads,” Avila said.