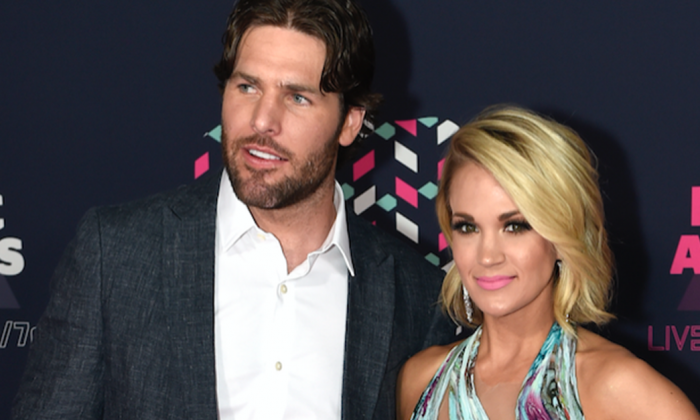 Carrie Underwood and Mike Fisher’s relationship has always been so strong. But like many celebrity couples, they have been plagued by breakup rumors. In fact, earlier this week, multiple reports speculated that the pair of nearly eight years was headed for divorce.

Now, Mike has come forward to set the record strait.

The NHL star shut down those silly rumors on Feb. 18, after he posted a Bible passage to his Instagram page.

The verse from Psalm 139:23-24 read: “Search me, God, and know my heart; test me and know my anxious thoughts. See if there is any offensive way in me, and lead me in the way everlasting.”

Since Bible verses can sometimes be open to interpretation, one fan took Mike’s religious quote as a hint that his marriage was in trouble.

“Ty Captain!! Praying for you and Carrie,” the fan sympathized in the comments section of the athlete’s post. “Ignore the media! Hold tight to each other. There are always bumps in the road. Keep focusing on Jesus! He will guide you thru!”

In response to his fan’s comment, Mike replied, “That’s not media. We’ve never been better. Thanks.”

Even though they’re doing just fine, naturally, Carrie and Mike’s marriage has been tested in recent months. As you may know, back in November, the country music superstar took a “hard” spill on the front steps of her Nashville home. Mike was not home at the time of the accident, but he did rush back to Music City to be with his wife during her time of need. Fans later learned that Carrie’s fall left her with a broken wrist and other injuries that required her to receive at least 40 stitches on her face.

Since her incident, Carrie has been laying low, but that hasn’t stopped her from cheering on her man with words of praise and support after he announced that he was returning to the Nashville Predators following a brief retirement.

“This is happening! Fish is back! So proud of you, baby! We want the cup!!!” Carrie sweetly tweeted on Jan. 31 about her hubby’s return to the ice.

This is happening! Fish is back! So proud of you, baby! We want the cup!!! https://t.co/ohP7zPtT1s

Then, on Feb. 17, she took to Instagram with photos of new Predators T-shirt designs, including featuring Mike’s face on the front.

Aside from showing support for one another, it’s really no surprise that Mike shared a Bible quote that seemed to ask for God’s guidance. After all, he and Carrie are both devout Christians.

“We both grew up in Christian families, and kind of experienced life. Then all of a sudden it’s fame, and then we were able to connect in different situations,” Mike, who wed Carrie in 2010, once said in an interview with Oprah Winfrey. “Then spiritually, we were able to be on the same page, understood each other, and that’s part of the connection we had. That’s a big part of our marriage.”

Carrie and Mike, your love continues to inspire us every day!