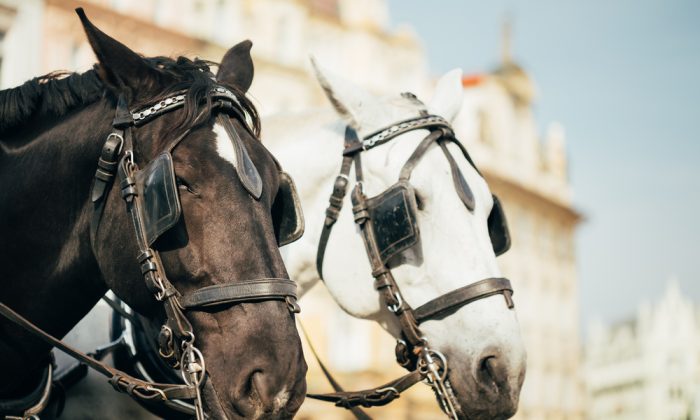 Carriage Horse Drowns After Running Into the Missouri River

The St. Louis Post-Dispatch reports the horse bolted pulling an empty carriage, which struck several vehicles in a parking lot before the horse slid down a ramp into the river.

Casey says the horse died within minutes and that fire crews recovered the horse’s body a few hours later.

Earlier this month in Kansas City, a carriage horse was involved in an accident on the Country Club Plaza after it ran loose and crashed the carriage into a wall.