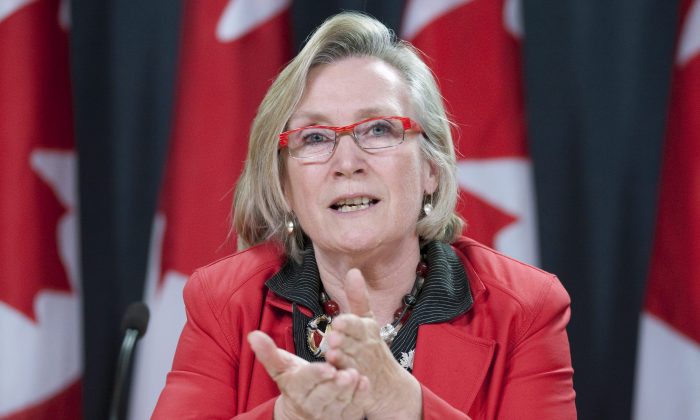 Carolyn Bennett: A Minister With a Monumental Mandate

Carolyn Bennett, Canada’s new Minister of Indigenous and Northern Affairs, has been tasked with what some might describe as turning the page on hundreds of years of animosity.

Prime Minister Justin Trudeau charged her in his ministerial mandate letter with the “overarching goal to renew the relationship between Canada and Indigenous Peoples.”

It is a tall order, but the former physician and MP for Toronto-St. Paul’s not only has the heart for the job but also comes with the relevant experience to fulfill Trudeau’s vision, which includes making “real progress” on issues such as housing, employment, health, child welfare, and education.

“Obviously, as a family physician I began to be exposed to some of the issues facing my indigenous patients,” Bennett told Epoch Times in an interview.

“I think as an MP I had the advantage of having the native men’s residency in my riding where they taught me the importance of getting back to culture and language as an importance to healing.”

Bennett, 64, entered politics in 1997, and in 2003 was Canada’s first Minister of State for Public Health under former prime minister Paul Martin. During her tenure she began incorporating some of the lessons she had learned as well as advocating for a more holistic form of medicine, including a focus on prevention.

“I began practically giving speeches about what the problem was with the medical model, which was pretty much running a repair shop and waiting for people to get sick and patch them up,” she recalls.

One of the daunting tasks Bennett has been assigned with is implementing recommendations contained in the Truth and Reconciliation Commission—94 in all—including implementing the United Nations Declaration on the Rights of Indigenous Peoples.

She will play a lead role in several other areas, including setting up a joint ministerial inquiry into missing indigenous women and a full review of laws, policies, and operational practices of the department to ensure compliance of international treaty rights. She will also be responsible for updating the Nutrition North Program, increasing annual funding to reserves, and improving the quality of education on reserves.

We need all Canadians to be part of this project.
— Carolyn Bennett, Minister of Indigenous and Northern Affairs

Bennett, who for the past few years served as the Liberal aboriginal affairs critic, says her approach to the portfolio will be to adopt some First Nations’ ideas, including the “seven generations” sustainability principle, the medicine wheel, learning by doing, and treating the elderly as elders.

“The overarching goal is reconciliation and it’s about changing the relationship. That has to underlie every aspect of our work together,” she says.

“I see my mandate is not only the relationship between First Nations, Inuit, and Metis and Canada as an institution, but with Canadians. We need all Canadians to be part of this project.”

Even more challenging will be her role in ensuring First Nations are considered in her colleagues’ decisions: Contained in every ministerial mandate letter from Trudeau was a promise of a new relationship between First Nations and Canadians.

“It is not about what we do, but how we do it,” says Bennett, adding that she is aware of the enormity of the work that lies ahead.

“I hope we are building on some trust that has been built. It sets a daunting goal and objective to go forward in a good way. I am clearly aware of missteps and the need for of constant dialogue to make sure we get this right—together.”