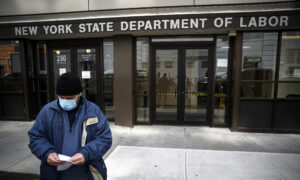 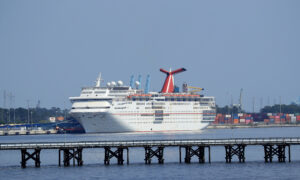 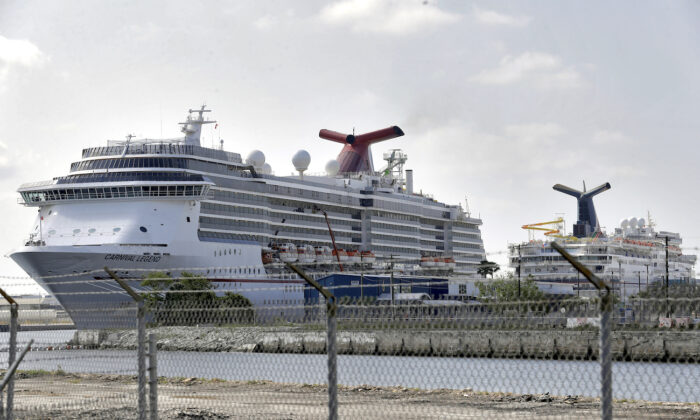 Carnival Cruise ships are docked at the Port of Tampa, in Tampa, Fla. on March 26, 2020. (Chris O'Meara/AP Photo)
Business

Carnival to Lay Off Hundreds in Florida, Other States

MIAMI—Carnival Corp., the world’s largest cruise company, announced on May 14 it will be laying off hundreds of employees due to the CCP (Chinese Communist Party) virus, commonly known as novel coronavirus.

The company’s CEO Arnold Donald said the combination of layoffs, furloughs, and pay cuts were “necessary” as the pause on cruise travel enters its third month.

The majority of affected employees in the United States will be in Florida, California, and Washington state, Carnival Corp. said in an email. The company is eliminating 820 positions and furloughing 537 employees for up to six months in Florida out of a workforce of about 3,000 employees.

Carnival Corp. did not reveal the number of job eliminations in the other states or countries around the world.

“Taking these extremely difficult employee actions involving our highly dedicated workforce is a very tough thing to do. Unfortunately, it’s necessary, given the current low level of guest operations, and to further endure this pause,” Donald said in a statement.

Cruise lines announced they were halting sailing on March 13 due to the spread of the CCP virus. Several cruise ships saw outbreaks of COVID-19 cases and found themselves stranded at sea after being rejected by port authorities who were worried they would import more cases.

Companies have been trying to repatriate tens of thousands of crew members who are still on ships in or near U.S. waters due to the increase in restrictions by health authorities in the United States and abroad.

Carnival Cruise Line, one of the company’s brands, announced earlier this month it will start cruising again beginning in August to Caribbean destinations from Florida and Texas.