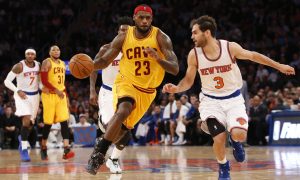 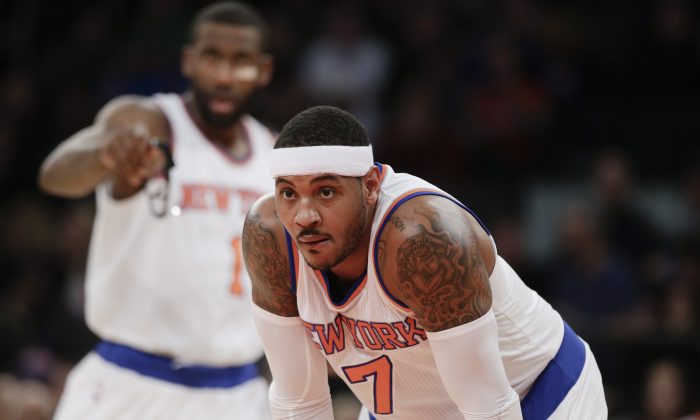 The New York Knicks are having a horrible season, with a 4-19 record so far and seemingly no shot at making the playoffs despite being in the Eastern Conference.

A new report indicates that the trouble on the team is getting intense, with Carmelo Anthony physically threatening second-year guard Tim Hardaway Jr.

Sources told ESPN that Hardaway Jr. during the Knicks loss to the Brooklyn Nets screamed angrily, “Get the rebound!” Anthony, certain that Hardaway was speaking to him, “approached Hardaway on the way down the court and used an expletive to ask Hardaway who in the world he thought he was talking to.”

“Anthony, according to sources, used another expletive in telling Hardaway he was going to beat him up when they got into the locker room after the game,” the report added.

The fight never happened but the situation is indicative of the deep trouble in the locker room, which will almost certainly change at least a little bit before the trade deadline arrives.

“Nobody’s taken a swing at anybody, but there’s a lot of arguing and cursing each other out after games,” one source said.

Sources did say most of the tension in the locker room is between Anthony and Hardaway, who have apparently never liked each other.

New team president Phil Jackson recently lashed out at the team, and said players have shown defiance to changes he and new coach Derek Fisher have made in trying to change the culture of the team.

“There’s some resistance to discipline and order and culture change and things like that,” Jackson said.

Meanwhile, the New York Daily News reported on Wednesday that Anthony may have to get surgery to correct the left knee soreness he’s been experiencing for much of the season.

“At this point, it’s evaluating and seeing. Some days are better than others. It’s a matter if I want to continue to play on it and the pain threshold. The flip side to that is we are losing games. I hate it, I hate to sit on the sidelines and watch my teammates,” Anthony said recently.

“At this point, sitting down with trainers and coaches and seeing what’s best for everybody. If it’s best for me to sit out, take some time to get it right, then that’s a decision we’ll have to make. But they’ll have to pull me out.”

Anthony could likely play through the season and get surgery after, but since the Knicks season is going so badly he and the team may decide to opt for surgery sooner then that.