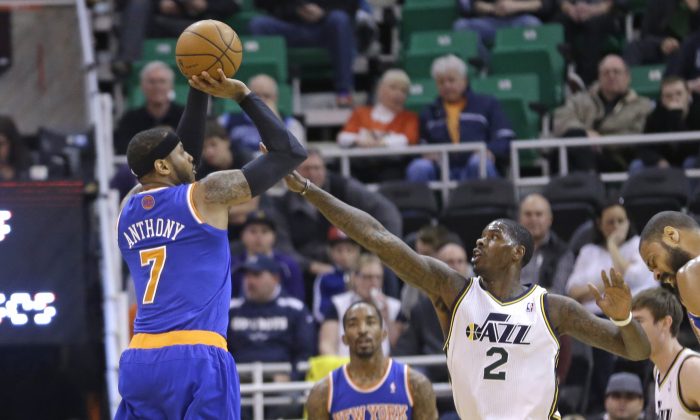 Carmelo Anthony Rumors: Sign and Trade with Rockets, Bulls, or Heat? Will He Become a Free Agent?

The blockbuster trade the New York Knicks did to get Carmelo Anthony looks like it will go down the drain as Anthony is reportedly leaning toward opting out of his contract and becoming a free agent.

Anthony would be one of the top free agents if he did opt out of his contract.

Anthony has until June 23 to inform the Knicks whether he’ll exercise his $23.3 million player option for the 2014-15 season, according to ESPN.

The forward has been linked to a number of teams, including the Houston Rockets and Miami Heat.

Sources told Yahoo that Anthony is “leaning” toward leaving the Knicks because he wants to join a team with a better shot of winning the championship next year. The New York Daily News reported basically the same thing.

While the Heat are in the running, there are complexities to the financial structure with three stars already under contract. The Rockets and Chicago Bulls are said to be the clear frontrunners in the competition to nab Anthony.

Both teams are working on clearing the space to sign Anthony or engage in sign-and-trade scenarios with the Knicks.

“His heart is in New York,” one source familiar with Anthony’s thinking said, “but he wants a chance to win now.”

Anthony has said he’d be willing to take a pay cut in order to seriously pursue a championship. For Chicago to get Anthony, the team would need to unload Taj Gibson and at least one other player and amnesty the contract of Carlos Boozer.

The Rockets would need to get rid of Omer Asik and Jeremy Lin, who many believe are overpaid.

The Bulls are attractive because of a strong core and championship potential if Derrick Rose returns from injury and stays healthy, but on the flipside he has been unable to stay healthy for a while now.

The Rockets are in the more competitive Western Conference but do have stars Dwight Howard and James Harden, as well as solid complimentary players Patrick Beverly, Chandler Parsons, and Terrence Jones.