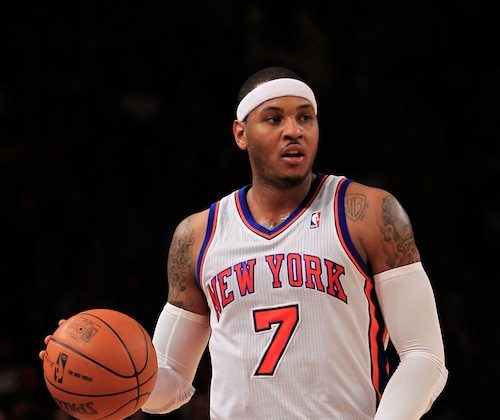 Carmelo Anthony Out With Strained Groin

New York Knicks forward Carmelo Anthony will miss one to two weeks with a strained right groin suffered in Monday night’s 99–88 win over Utah at Madison Square Garden, according to a report on NBA.com.

He left Monday’s game after playing just six minutes, and fortunately for New York guard Jeremy Lin stepped up in Anthony’s absence scoring a team-high 28 points in the victory.

Anthony has missed three games thus far this season for the 10-15 Knicks though his various ailments have taken a toll on his performance. Anthony’s scoring average of 22.3 points per game leads the team, but represents his lowest output since the 2004-05 season with Denver—his second year in the league.

The Knicks next game is Wednesday night at Washington.