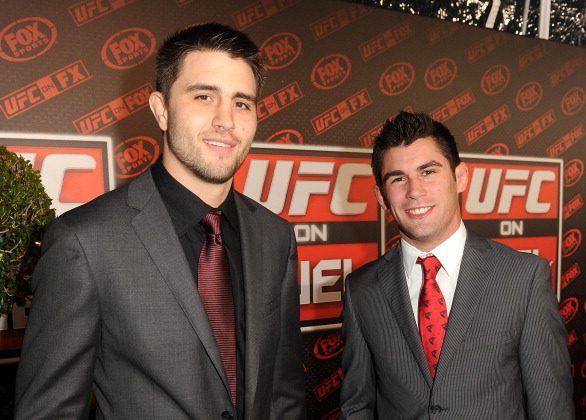 Carlos Condit, the UFC welterweight contender, appeared to hurt his knee against Tyron Woodley on Saturday.

Condit likely hurt his leg when Woodley took him down in the second round.

Woodley then kicked him in the knee area and Condit went down in pain. It appeared that it blew out.

Condit, the No. 2 ranked welterweight, clutched his knee after he went down, and Woodley was awarded the victory.