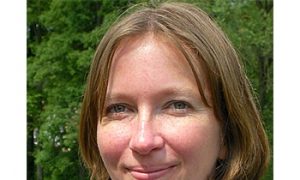 Global Q&A: Changes You Want in the Media This Year
0

An Understanding From Watching Shen Yun: 'People should treat each other nicely'
0
US

For more than two decades, Carlina White didn’t know who her birth parents were.

White, 23, was abducted less than three weeks after she was born in a Harlem, New York hospital in 1987. The kidnapping baffled New York police as leads led to dead ends, and the cold case stretched for more than 20 years.

This week, media reports emerged that Carlina White, who now lives in Georgia and has taken on the name Nejdra Nance, has successfully found her birth parents and that a DNA test confirms that she is indeed the daughter of Joy White and Carl Tyson.

The couple, Carlina White, and her 18-year-old half-sister Sheena White, who Carlina has never known, reunited in the Bronx last Friday, the New York Times reported, before a revelation on Tuesday when DNA tests confirmed Carlina was the long-lost family member.

“I know that she never gave up,” Sheena White told the Times.

“We spoke and got to know each other, and she looks exactly like my mom. It felt like we knew each other before we met.”

It was during her teenage years that Carlina began to question whether the people she knew as mom and dad were really family.

So she began combing the National Center for Missing and Exploited Children website, eventually coming across a photo of a baby that she thought looked like herself, and called her birth mother, Joy White, who relayed the inquiry to police.

Carlina White requested that police test her DNA against that of Joy White and Carl Tyson, and investigators obliged.

“The daughter’s natural instincts were confirmed with DNA swabs,” NYPD spokesman Paul Browne told the Times, adding that police detectives that worked on the missing persons and abduction case “are elated.”

Carlina White’s kidnapping case is still open, and the abductor has yet to be apprehended or identified.

“Obviously the missing-person aspect of it is closed, but the abduction part of it is not. We have our suspicions of who may be responsible but not enough probable cause to permit an arrest,” Browne said, according to the Times.