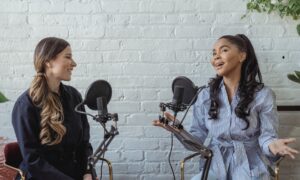 Is It Too Late to Start Podcasting as a Marketing Strategy?
0
Share Now
TelegramFacebookTweetEmailTellMeWeReddit
Copy Link
Business & Economy

Apple stock rallied about 4 percent after billionaire investor Carl Icahn tweeted that he took a “large position” in the company.

“We currently have a large position in APPLE,” said Icahn. “We believe the company to be extremely undervalued.”

Icahn said he had a “nice conversation” with Apple CEO Tim Cook and discussed his opinion that a larger buyback should be done now.

According to stock information on Google, Apple stock increased from just under $470 a share at the beginning of the day up to $486 as of 2:54 p.m. EDT. The biggest spike came right after Icahn sent his tweet.