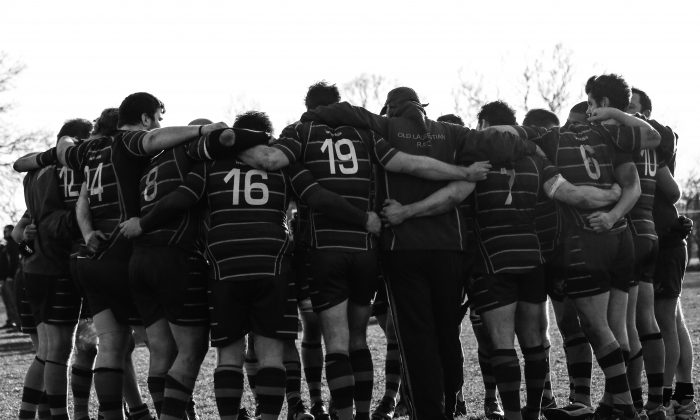 In a game of rugby, it often looks like the players on opposing sides are out for blood, but if players lack respect for their opposite numbers, they will fall into the trap of underestimating them, which gives their opponents a clear advantage. (pixabay)
Careers

Career Skills to Learn From Rugby

The rugby-based Sky TV series “School of Hard Knocks” takes the game to disadvantaged young men all over the UK. In each series, the same patterns and stories play out – born on the wrong side of the tracks, dropped out of school, fell in with the wrong crowd, made too many mistakes to turn back. Those stories might be familiar, and you might also recognise that this is the way that many autobiographies start.

Maybe this is what makes someone a success – when everyone else is saying, “I can’t do that because…”, the successful person has the courage to say, “I’ll prove them wrong.”

Here are the things that I’ve learned from the game of rugby which I believe can make a real difference in your career.

In a game of rugby, the whole direction of the game can change in an instant, and you have to be ready to take advantage of that. In life, people think they’re stuck with their problems, when in fact you can change anything you want as quickly as you want.

Sammy is one of the young men who turned his life around through his experience of rugby. He said: “It’s more than what you think it is – it’s not just rugby, it’s life. You can change whatever you want to do in your life and the amazing thing is how quickly you can change it, just like that, with a click of the finger. If you stay positive and stay strong, the future is bright.”

Mark Prince, a former boxing champion, tragically lost his son to knife crime and became a campaigner for knife safety. He says: “Life can bang you up. What are you going to do? Are you going to throw in the towel? Are you going cut your wrists? Are you going to drink yourself into a stupor? You need to remember that you’re still living, you’ve still got life. If I can do it then anybody can.”

Research has shown that people who are more resilient in life develop a strong sense of humour. Being able to step back and look at a bad situation in a different, even funny, light really does make the difference between wallowing in self pity and picking yourself up, shaking yourself down and moving on.

Your competitor is yourself. Master that, and there’s no stopping you.
— Paul Boross, 'The Pitch Doctor'

In a game of rugby, it often looks like the players on opposing sides are out for blood, but if players lack respect for their opposite numbers, they will fall into the trap of underestimating them, which gives their opponents a clear advantage. Always assume that your opponents are better than you, and that playing them will give you an opportunity to improve. We can’t learn anything from playing within our comfort zone, and of course I’m not just talking about rugby, I’m talking about any competitive situation in life. When you respect your opponents, you are respecting yourself.

How can these skills help you to succeed in the job market? The reality is that finding a job is a competitive process, and it’s something you can’t do alone. There are always more people willing and able to help you than you think possible, and if you open yourself up to that idea then new opportunities will present themselves to you.

Your competitor is yourself. Master that, and there’s no stopping you.

Paul Boross is “The Pitch Doctor”, an internationally recognised authority on communications, presentation, performance and “the art and science of persuasion”. He appears regularly on worldwide conference programmes, at international television and media events and in feature articles. Paul has worked with many executives in a range of organisations such as the BBC, Google, The Financial Times, Barclays and MTV, as well as public figures such as Sir Richard Branson, Ainsley Harriott and Sky newscaster, Dermot Murnaghan.

Paul is the resident team psychologist and presenter on the on-going Sky TV series “School of Hard Knocks”. He has now authored three books: “The Pitching Bible”, “The Pocket Pitching Bible” and “Pitch Up!” Visit www.thepitchdoctor.tv to learn more.