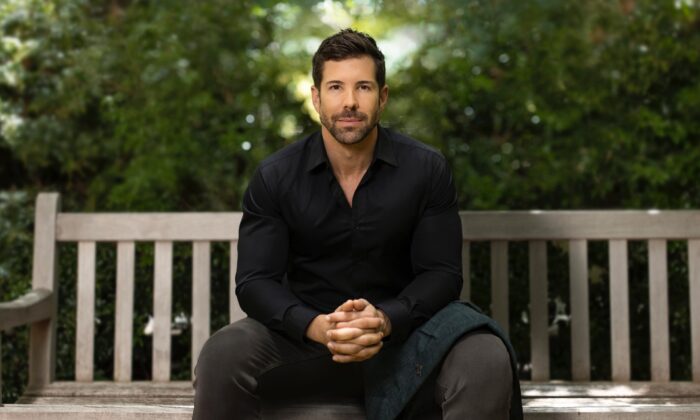 Australian soldiers dispatched to the Solomon Islands last year after violent riots razed parts of the capital Honiara to the ground admitted to Heston Russell, a former special force operative, that they were “providing security for the Chinese.”

“They said to me, ‘We didn’t know what we were doing there because the people of the Solomon Islands were rioting against a government that had accepted money from the Chinese to recognise Taiwan as Chinese territory,’” according to Russell, an advocate for veteran affairs and now the Queensland Senate candidate for the Australian Values Party.

“We were basically providing security for the Chinese to come in and sign that agreement,” he was told, in reference to the contentious Beijing-Solomon Islands security pact that has raised alarm bells across democratic governments.

Russell told The Epoch Times that one of the big problems with Australian foreign affairs policy was how it selected ambassadors and diplomats, saying many were “friends of political parties” and not actually in tune with the population on the ground.

He also warned that the rhetoric of a Taiwan invasion was misguided because a potential adversary would find the island’s “hardened” population difficult to subdue. Instead, a “Ukraine-like situation” would more likely occur around the Solomon Islands.

“They [Beijing] can draw us into a ‘red flag situation’ where they’re able to use their giant PR beast— and everything else in between—to say we are trying to impact on the sovereignty of those nations.”

The recently inked Beijing-Solomons security agreement opens the door for the Chinese Communist Party to station troops and weapons in the Pacific nation—just 1,700 kilometres from Australia’s northern city of Cairns—and could lead to tensions akin to the South China Sea.

“Sogavare was losing his grip on power. His MPs were defecting, the police had gone to him to defuse the [protest] situation and recommended that he should consider stepping aside,” she previously told The Epoch Times.

“The announcement that Australia was sending troops saved him. He could then turn to MPs that were looking at defecting and say, ‘Look, both China and Australia back me. So, are you really going to go up against me?’”

Russell, who worked behind the scenes in foreign policy in the capital Honiara during elections in 2014, said Australian politicians had completely misread and mishandled relations with the Pacific.

“What has happened in the Solomon Islands should never have occurred,” he said. “Just because you’re engaging with the government and pouring money into it— doesn’t actually mean the government has control or influence over the population or allows aid to get through.”

He said more people-to-people engagement and humanitarian assistance on the ground to “win hearts and minds,” particularly during disasters like cyclones or tsunamis, was worth more than the millions of aid money being sent to the Pacific. Further, he said a high-level visit from Australian leaders would also have sent a strong message throughout the region.

So far, the Australian prime minister and foreign minister have been advised not to visit the Solomon Islands by foreign affairs officials.

Russell pointed out other problems in the defence force, particularly the breaking down of a naval vessel in January when it was meant to provide aid to Tonga during the recent volcanic eruption.

“Our defence is in a dangerous position where the government keeps trying to paint these pretty pictures and big box-ticking press statements,” Russell said. “But the reality on the ground is we are not achieving the best use of taxpayer funds for our foreign affairs.”

At the same time, the incursion of Beijing into the South Pacific and the Solomon Islands, a region much more culturally aligned to Australia than China (in terms of religion, sport, and language), demonstrated just how fragile foreign allegiances were.

Additionally, the defence force is also dealing with a high exit rate, with around 10 percent of personnel leaving each year, a problem likely to be compounded by the recommendation to strip 3,000 soldiers of their medals by Chief of Defence Angus Campbell after the release of the Brereton Report into war crimes—the decision was quickly reversed by then-newly appointed Defence Minister Peter Dutton.

Morale issues will be a hurdle for the federal government as it embarks on the biggest expansion of the Australian Defence Force in 40 years.

Russell said the problems were a by-product of “what was happening in politics these days,” with MPs more interested in advancing their careers rather than promoting the most suitable people for each portfolio.

“The politicians these days are designed to be good in front of the camera, to be good debaters on the floor of Parliament, talk in segues to avoid blame, and win votes instead of getting the job done correctly,” he said.

A similar culture had developed in the upper echelons of the defence force, he claimed, saying a “culture of decay” had formed and that politics started to influence officers once they reached a certain rank.

Arresting this issue is what spurred Russell, along with former defence personnel—including medics, engineers, and surveillance specialists—to establish the Australian Values Party.

A key focus of the team, if it gains traction, is to “de-politicise” the military so it can properly serve the men and women across the chain of command.

The team would also push for programs to send younger Australians overseas into the Pacific to carry out humanitarian work while at the same time building leadership skills—a move that could “kill several birds with one stone.” At the same time, the country’s large veteran population (around 225,000 supported by the government) could be diverted into the education system to rebuild national spirit and pride.

“The biggest issue is that while we have the ANZAC spirit inside of us, it’s at risk of being suffocated and destroyed even further by those who are leading us,” he said, noting that many of his brethren have felt “disillusioned” at the state of leadership in the country.

Russell is hoping the defence community will get behind the Values Party, as well as younger Australians outside the veteran circle.

He recalled his favourite line from one individual who said there was no one in politics he looked up to, but upon seeing Russell’s team said, “There are some people in there that I would be proud to actually tell my friends in other countries that you’re our politicians.”