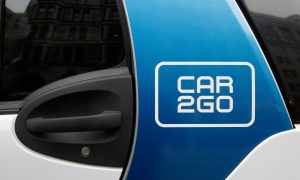 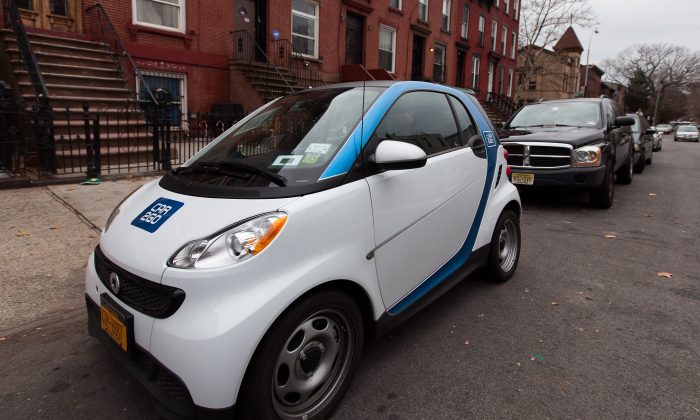 Brooklyn is home to several car (and motorbike) sharing services, but the small blue-and-white car2go cars have become the most popular.

Laura Gardner from Fort Greene became the company’s 1 millionth user just recently after seeing the cars all over Brooklyn.

Gardner has lived in Brooklyn for five years and has considered buying a car. Then she considered the expenses, maintenance, and parking involved.

For years, she was big Zipcar user, but that service requires the cars to be returned to a specific location.

So after seeing the half-sized cars parked on the ends of blocks all over her neighborhood, where a typical car couldn’t fit, she decided to try the service.

Now she uses it 2-4 times a week, to get to the subway, to go to dinner, a bar, shopping, and anywhere else in Brooklyn. “It’s about a half hour by bus, and this cuts the travel time by like a third,” Gardner said. “And I’ve been really surprised—there’s one usually a block away.”

Car2go is in 60 different cities and members have collectively driven 136 million miles, (or to the moon and back 568 times). They have taken over 32 million miles to date, and the average trip is 19-25 minutes long.