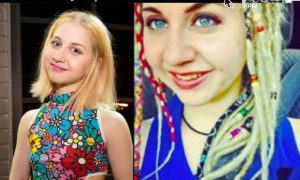 Missing Florida Woman Could Be Victim of Human Trafficking: Police
0 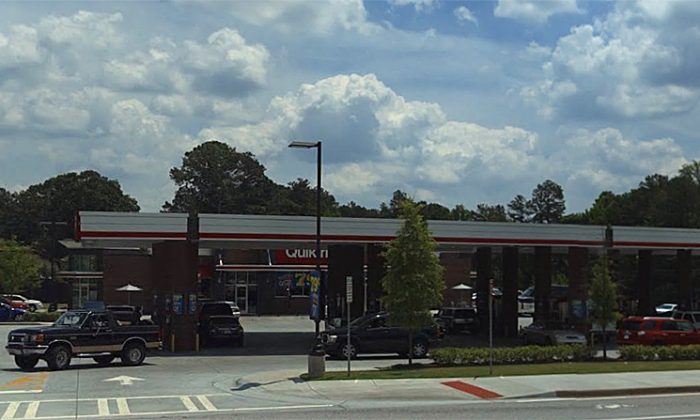 The QuickTrip where the SUV was stolen. (Bing Maps/Screenshot)
Crime and Incidents

The car thief who stole an SUV from a Georgia gas station on Jan. 17 didn’t plan on also kidnapping two children.

The unidentified thief saw a black 2009 Chevrolet Equinox parked at the pumps at a QuickTrip gas station on Riverdale Road in Clayton County late Wednesday afternoon. The thief jumped into the idling car and headed east on I-285, WSB-TV reported.

He didn’t get far before he noticed 4-year-old Arya Wilmer in the back seat. The thief pulled over and left the young girl on the side of Riverdale road near the freeway entrance.

Precious Wilmer, who had left her two children in the heated car while she ran inside to pay for her gas, came out to see her car—and her children—departing the station parking lot. She called the police.

Shortly after police began searching for the car and the children, Georgia State University Police Chief Joseph Spillane spotted Arya on the side of the road. One-month-old Ava Wilmer was still missing.

Almost two hours passed before a WSB-TV cameraman, Brian Ferguson, told police he had seen a dark bundle in the middle of the road as he drove to the gas station to cover the story, the Atlanta Journal-Constitution reported.

Ferguson led police to where he had seen the object, where police found Ava, still in her car seat, in the middle of South Fulton Parkway, Clayton County Police Sgt. Ashanti Marbury told the Journal-Constitution.

Ava seemed to be alright, despite having been outside in 22-degree weather in a 20-mph wind.

Both Ava and her sister Arya were taken to Southern Regional Medical Center as a precaution.

“She was in her car seat and it was very cold. She was outside on the side of the road,” Wilmer said to WSB-TV.

Wilmer said she was grateful that Ferguson had helped save her child. “I haven’t seen him, but I’m going to thank him so much,” she said.

Police later recovered Wilmer’s SUV from where it had been abandoned along Metropolitan Parkway in southwest Atlanta.