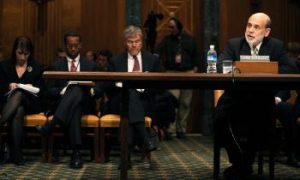 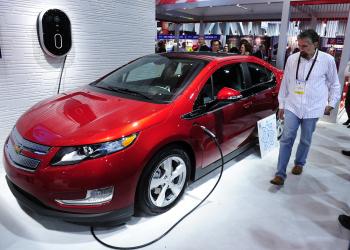 By Alex Johnston
Print
Chevy’s all-electric Volt bested the Hyundai Sonata and Nissan’s electric vehicle, the Leaf, for the coveted North American Car of the Year award, according to a press statement. The results were revealed at the North American Auto Show in Detroit.

The release noted that the Car of the Year award is unique because it is not given out by a single media entity but a conglomeration of automotive journalists throughout the United States and Canada.

The Volt costs around $41,000 and can travel around 40 miles solely on its battery before its small fuel engine kicks in, allowing the car to get around 375 miles in combination with its electric motor.

In the past 18 years that the awards have been handed out, four hybrid vehicles have been awarded.

The panel also awarded the new Ford Explorer the Truck of the Year award, the second year in a row that Ford got the award.

Mark Phelan, an auto critic with The Detroit Free Press stated that the Ford Explorer has "class-leading fuel economy and technology and features you can't get in luxury crossovers that cost twice as much."

According to a recent Epoch Times report, electric car sales have been getting off to a slow start. In December, General Motors only sold between 250 and 330 Volts and Nissan only sold a mere 10 Leaf models.