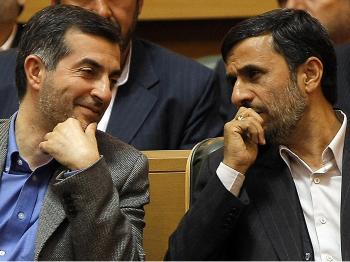 Captured UK Sailors in Iran Will Be Dealt With ‘Seriously’

The five men were traveling from Bahrain to Dubai and entered Iranian waters by accident, shipping sources said.

Esfandiar Rahim Mashaie, chief of staff to the hard-line Iranian President Mahmoud Ahmadinejad, said that the fate of the men would be decided by the Iranian judiciary.

"If these people's ill-intention is proven, they will be dealt with seriously and firmly," he said, adding Tehran had in the past dealt firmly with people who "entered Iran illegally."

Britain said on December 1 it has "no argument" with Tehran over the sailors detained after straying into Iranian waters.

In an interview with BBC radio, Foreign Secretary David Milliband said that he had received assurances that the men had been treated fairly.

“We understand that the Iranian government are investigating the matter which is perfectly reasonable and we look forward to it being promptly sorted out,” he said.

The men, who have been named as Oliver Smith, 31, Oliver Young, 21, Sam Usher, Luke Porter, 21 and David Bloomer, were due to take part in a sailing race from Dubai to Muscat, Oman.

According to Toby Haws, coordinator for Dubai Offshore Sailing Club, the men had taken a northerly route rather than staying south, far outside of Iranian waters.

A broken propeller then caused the men to inadvertently drift into Iranian waters, he said.

The seizure is reminiscent of the detention of 15 British navy personnel in 2007, and comes at a time of already heightened tension between Tehran and the West.

David Young, father of sailor Oliver Young, told the thisisplymouth website in the UK, that he was sure his son was “fine.”

"It's just a worry that there are diplomatic stresses at the moment,” he said. “They are under international pressure. We just hope they're not used as a bargaining chip.”