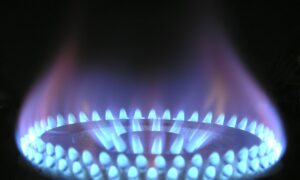 The two remaining suspected asylum seekers who had been on the run since Aug. 26 are thought to have been found, the State Emergency Service (SES) said.

The two Vietnamese nationals are believed to be the captain and first mate of the boat that ran aground on the morning of Aug. 26 in the Daintree River in far north Queensland. At least 17 are believed to have been on board, 15 of whom had been detained as of Aug. 27, according to local reports.

“It was determined as of that stage that all of the missing persons they were looking for were located.”

According to the ABC, police have detained the two men on the morning of Aug. 28 shortly after 9 a.m.

On Aug. 27, two local fishermen, Barry Preston and Peter Ward, found two Vietnamese men in the mangroves near the banks of the Daintree River, not far from where the boat ran aground.

Preston and Ward spoke with the Vietnamese men, who barely spoke English, and later went crab fishing together.

“We got the blokes to pull in some crab pots for us and we showed them the sights and we had a bit of a banter—showed them a few crocs,” Preston told the ABC.

“We thought, hang on what are we going to do with these blokes, so we drove up the river to our local boat ramp and called the cops on the way so they could meet us there.”

The Department of Home Affairs has been asked by local media whether it is still searching for any more people who had abandoned the boat on Aug. 26.

On Aug. 26, locals saw people abandoning a boat and running into a rainforest near Cape Kimberley, an area known for its crocodile-infested waters. The local witnesses notified border police, according to reports.

Initially, the number of those that fled from the wrecked vessel was not known, but according to the ABC, at least 17 are believed to have been on board.

The Department of Home Affairs has not publicly identified the nationalities of the 15 that had been detained as of Aug. 27, according to The Guardian.

A former Australia Border Force official, Roman Quaedvlieg, said that it is not uncommon to have Vietnamese asylum seekers come to a remote area of Australia’s shores.

It’s not unusual for Vietnamese asylum seekers to target a remote part of the Australian Coast. It’s relatively easy to do; but most don’t get far once landed due to the hostility and are soon detained or give themselves up quickly. Their asylum claims fail in the majority.

Home Affairs Minister Peter Dutton confirmed that the boat is part of a people-smuggling operation, the first that’s been seen in Australia in almost four years.

“Australia has received the first people-smuggling venture in over 1,400 days,” he told local media on the Gold Coast on Aug. 27.

Dutton said the 15 detained will be deported from Australia “at the first available opportunity.”

“The arrival of this boat should be a very clear and timely message that people smugglers will seek to put people on to boats, to take money from innocent men, women, and children and to send them to our country,” Dutton said.

The newly appointed defence industry minister, Steve Ciobo, said on Aug. 27 those detained should be sent to “somewhere offshore” for processing.

“Those people if we can find them, they should be taken into custody, so to speak, and they should be sent to Nauru,” Ciobo told Sky News on Aug. 27.