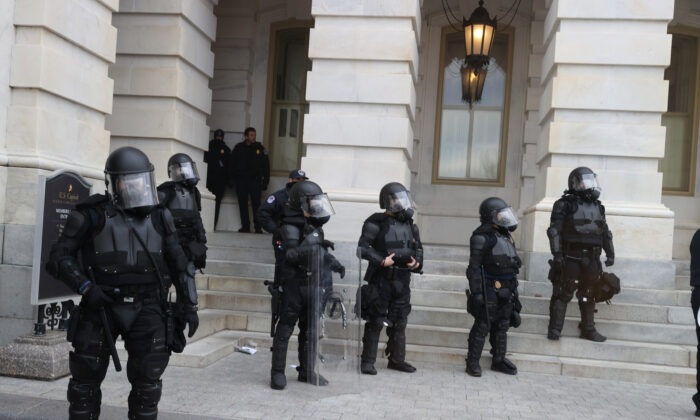 The United States Capitol Police (USCP) have announced that they will create field offices to investigate threats against legislators.

USCP stated that the move comes as part of an effort to better their protection capabilities in the future in response to the breach on Jan. 6.

The statement noted that their team has been cooperating with federal law enforcement officers to track down people involved in the incident and “bring them to justice.”

So far, more than 500 people allegedly related to the event are facing charges, with some reporting being held under solitary confinement and in conditions that violate their constitutional and human rights.

“The USCP has enhanced our staffing within our Dignitary Protection Division as well as coordinated for enhanced security for Members of Congress outside of the National Capitol Region,” USCP announced. “The Department is also in the process of opening Regional Field Offices in California and Florida with additional regions in the near future to investigate threats to Members of Congress.”

The release further stated that the USCP has started to get training from the National Guard.

“The Civil Disturbance Unit has increased training, to include joint training with the National Guard, riot training, shoot/don’t shoot scenarios, and less-than-lethal exercises. The Department is also increasing its use of force, tactical, equipment, leadership, and incident command training,” the statement reads.

In addition, some officers have been sent to Seattle and Virginia Beach to get Civil Disturbance Unit training.

“The Department solidified its new Critical Incident Response Plan, which establishes a multi-phased action plan to quickly mobilize local, state, and federal manpower, including the Department of Defense, to respond to planned and/or no-notice emergencies. It is also working with Congressional oversight and the Capitol Police Board to obtain the authority to immediately request National Guard assistance if needed without having to wait for board approval.”

On Memorial Day, vandals allegedly wrote profanity and Antifa symbols on her home. Police are still investigating the matter.

After her congressional race with former Rep. Joe Cunningham (D-S.C.), Mace said she received death threats, which prompted her to get a concealed weapons permit.