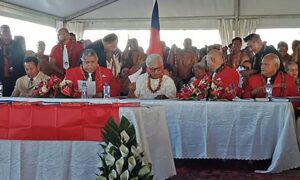 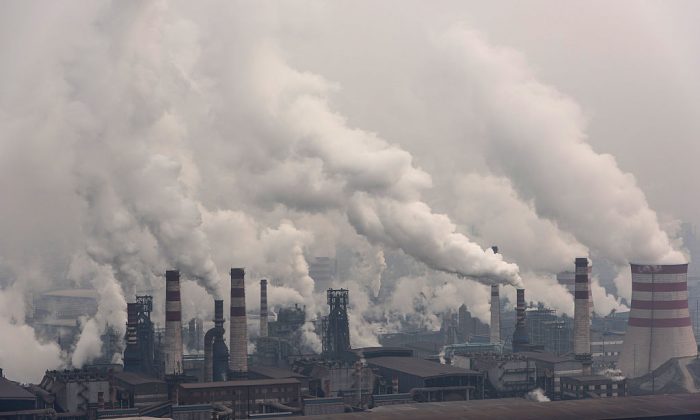 Capitalism With Chinese Characteristics: From Socialism to Capitalism

In the first essay in a four-part series, the author examines how 'communist capitalism' in China works
By Cheng Xiaonong
biggersmaller
Print

The CCP’s goal in the past was to eradicate capitalism. Maoist red China completely eliminated private ownership, and the majority of capital assets were taken away from the people. At that time, other than political privileges, the CCP’s ruling elite and the “red second generation” did not own or inherit any businesses or property from their ancestors.

But beginning with the Deng Xiaoping era, the red regime and the capitalist economic system joined hands. Not only did the CCP allow the development of capitalism, the Communist Party elite itself turned into China’s richest and most powerful capitalists.

It’s not a new revelation that socialist countries will sooner or later become capitalist countries again. In 1988 a seminar discussing socialist reform was held in Vienna, Austria. An economist from communist Hungary made a shocking statement at the meeting. He said that so-called socialism is nothing more than a transition from capitalism to capitalism. According to him, socialism is short-lived, and countries that have turned from capitalism to socialism soon return to capitalism. A year later, this Hungarian’s opinion was confirmed by the disintegration of the Soviet Union and the Eastern European communist bloc.

Does this mean that crony capitalism is the only way to reform socialist countries? Is the Chinese model unavoidable? After years of research on the transition from socialism, I discovered that there are at least three paths to return from socialism to capitalism, and China has chosen the worst one.

Transitional Paths From Socialism to Capitalism

Once a communist country bids farewell to the Stalinist socialist model, it embarks on a path of institutional transition. The so-called transition refers to economic system liberalization or economic restructuring, which includes replacing public ownership with privatization and substituting the planned economy with a market-oriented economy, as well as political transition in terms of democratization. From 1989 to the present, communist regimes around the world, except for North Korea, have completed the transformation or are in transition. Looking at the paths of transition, we can find that economic transformation was relatively easy and political transformation was more difficult. In the 1980s, China was once a pioneer of economic transition. Socially and politically China now lags behind due to the rejection of democracy.

In all communist countries, once transition starts, the red elite try to highjack the country using their power. However, this situation is not inevitable. So far, there are generally three models of economic and political transformation of former socialist countries.

The first is the central European model that included Poland, Hungary, the Czech Republic, and Slovakia. The political transition in these countries was dominated by oppositional intellectuals, and the involvement of the red elite in economics was curbed. The main stance of oppositional intellectuals was not to share power or to reconcile with anyone from the red elite, but to eradicate the remnants of the Communist Party culture as much as possible.

In the eyes of the people in central Europe, Communist Party regimes were merely puppets of the Soviet Union that should be cast aside. As a result, red elites in central European countries could not do whatever they wanted during the transformation; they faced enormous social pressure. They could not manipulate the parliament or make a fortune through privatization. Therefore, the red elites mostly failed to benefit from the restructuring. The socio-economic status of approximately one-third of red elites dropped, with about half going into early retirement.

Some U.S. scholars refer to the central European transition model as “creating capitalism without capitalists.” This argument is subtle; it means “without red capitalists.” The old capitalists had already been eliminated during the communist era. If many newly-rich emerged within a short time after restructuring, then most of them had to be from the red elites. In short, the central European model was to rebuild capitalism without the red elites. Such a transformation path is stable. It bids farewell to the red regimes without reverting back.

Russian mandarin second-hand dealers at a market on the Russian-Abkhazian border outside the Russian town of Sochi on Dec. 19, 2006. (Denis Sinyakov/AFP/Getty Images)

The second path is the Russian model where the former red elites became democrats. They shared the benefits of the transition and made huge profits. At the same time, the people were also part of the privatization process and were able to obtain property.

This is the typical path of “old elites bring in new social model.” Compared with the central European model, the Russian model was “comrades’ capitalism.” The new elite consisted mostly of former cadres. This is also a type of crony capitalism. Unlike in the Chinese model, members of the new elite that transitioned from the old establishment are no longer Communist Party members. Under the Russian model, the democratic system can be easily manipulated by the old elite, although not completely reverted. So the new system carries deep traces of the old system.

The third path is the Chinese model. Its main features are: the CCP abandoned the socialist economic system set up in the first 30 years during the Mao Zedong era, such as comprehensive state ownership and a planned economy. But it uses Communist Party capitalism to strengthen the authoritarian system set up by Mao.

The red elite and their relatives were the most likely ones to get rich, and they protected their privileges with political power. Elite families have hoarded a huge amount of wealth while the country has suffered serious corruption during the privatization process.

This political corruption inevitably leads to social inequities. When wealth and opportunities are solely controlled by the upper social class, the large underclass will inevitably become resentful toward the elite, officials, and the wealthy.