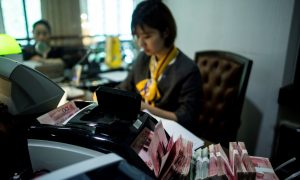 US Treasury Declines to Label China a Currency Manipulator, Warns on Practices
0 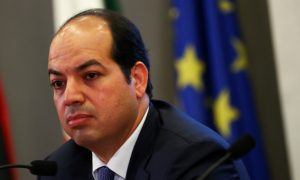 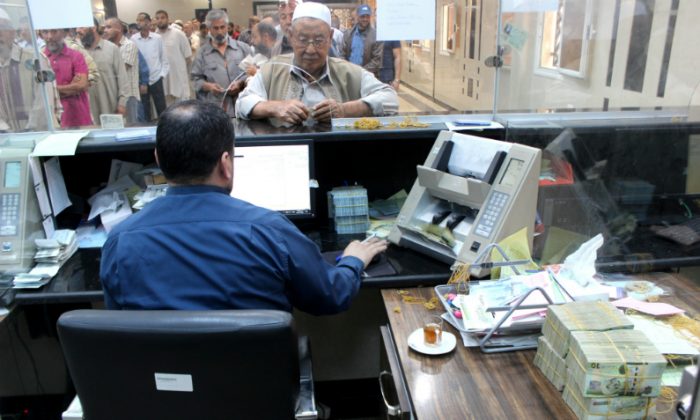 Libyan people gather in front of a counter in a bank to buy foreign currency in Misrata, Libya October 28, 2018. (Ayman al-Sahili/File Photo/Reuters)
Investment

“Within days,” the Rabat-based foreign-exchange regulator will more than double the amount people can take out of the country to as much as 100,000 dirhams ($10,500), from the current 40,000 dirhams, according to its managing director, Hassan Boulaknadel. The minimum allowance will be raised to 45,000 dirhams, he said in a telephone interview Dec. 28.

“Foreign-exchange regulations should move gradually toward more flexibility to allow Moroccans to properly profit from their revenues,” he said. “It’s important to work on the flexibility aspect to restore trust between the citizen and the administration in general.”

Almost a year after Morocco’s move to ease its hold on the dirham by widening the currency’s trading band, the authorities are taking another step to dismantle some of their defenses as part of a plan to liberalize the economy. The regulator also known as Office des Changes last raised the so-called tourism travel allowance in 2010.

To protect the country’s vulnerable external balance, Morocco applies stringent rules against capital flight, especially in foreign currency. While tweaking the dirham’s peg has been talked about for years, the idea was postponed in 2017 after fears of a devaluation prompted a rush for dollars and euros, causing a plunge in foreign reserves.

Ordinary Moroccans don’t have the right to open bank accounts abroad or hold foreign currency at local lenders. For those traveling abroad, the regulator allows people to exchange money before leaving the country.

Despite the restrictions, spending by Moroccan tourists has doubled since the last increase in the foreign-exchange quota in 2010 to 8.5 billion dirhams in 2017, official data show. The figure excludes students abroad and pilgrims who travel to holy shrines in Saudi Arabia each year.

“The amount of the tourism travel allowance will depend on income tax returns of Moroccan would-be travelers,” Boulaknadel said.

The focus on foreign travel marks the government’s latest effort to cope with tax dodgers. Alarmed by a slowdown in fiscal receipts in recent years, the tax authority has deployed an approach that’s as much carrot as stick.

With evasion still widespread, it’s offered rebates and amnesty for professionals such as attorneys and medical practitioners who may be willing to come clean, while also conducing tax audit raids against corporations, some of whom were listed on the local stock exchange.

Morocco is sticking with a balancing approach to taxpayers. Despite the plan to loosen the rules, Boulaknadel warned that raising the tourism travel allowance should “by no means allow Moroccan tourists to open bank accounts or hold assets abroad.”