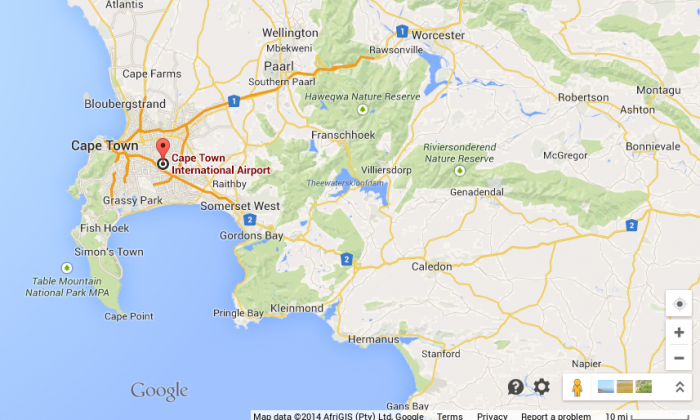 A man has opened fire at the Cape Town International Airport in South Africa, injuring one person and killing two.

The man then allegedly shot himself and died soon after, according to local news website EWN.co.za.

Two people were killed and several were injured, reported News24. However, EWN said that one person–the shooter–was killed.

A full investigation was launched, an airport spokesperson told EWN.co.za.

The spokesperson said that airport operations are continuing as normal and no flights were affected.

A small area was cordoned off by police, however.

News channel eNCA said on its website that police reported at least three other people were injured in the shooting in an airport restaurant on Wednesday. The news website carries a photograph of a man lying on the floor with blood around his head.

Local reports said that a man shot a woman before shooting himself.

There were no reported disruptions to flight schedules.

A police constable reached by telephone at the airport said officers were busy with the investigation and that he had no further comment.