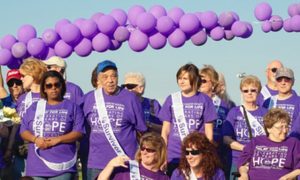 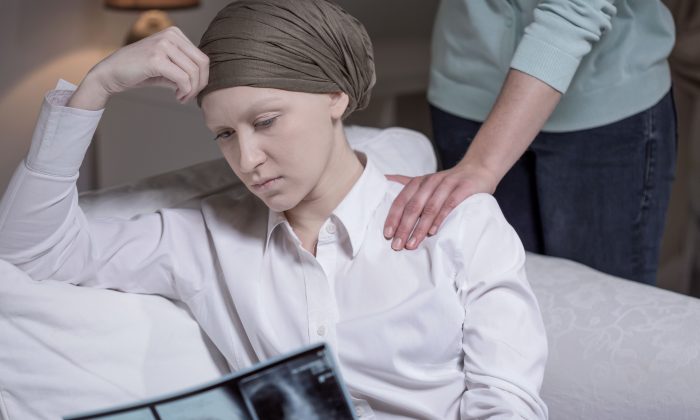 Cancer rates dropped as smoking fell out of fashion but the disease is now quickly outpacing heart disease as the top cause of death in higher income countries. (ESB Professional/Shutterstock)
Lifestyle

Cancer Is Now the Leading Cause of Death

Cancer has dethroned heart disease to earn the nefarious title of leading cause of death in high-income and certain middle-income countries.

While heart disease remains the No. 1 cause of death globally among adults aged 35 to 70, in high-income countries, which include Saudi Arabia, United Arab Emirates, Canada, and Sweden, cancer caused sometimes twice as many deaths as heart disease.

While the United States wasn’t included in the new analysis, research published in 2018 suggested that “the United States is in the midst of an epidemiologic transition in the leading cause of death,” moving from heart disease to cancer.

That study, too, found that cancer was quickly outpacing heart disease as the top killer, with high-income counties transitioning first. In fact, while only 21 percent of U.S. counties had cancer as the leading cause of death in 2003, this rose to 41 percent in 2015.

“The shift to cancer as the leading cause of death was greatest in the highest-income counties,” the researchers explained, echoing the current study, which also cited “a transition in the predominant causes of deaths in middle-age” in high-income countries.

“The world is witnessing a new epidemiologic transition among the different categories of noncommunicable diseases, with CVD [cardiovascular disease] no longer the leading cause of death in HIC [high-income countries],” lead author Dr. Gilles Dagenais, professor emeritus at Laval University in Quebec, Canada, said in a statement.

Why Is Cancer a Top Killer?

The study suggested cancer is rising to the top because heart disease is better treated in high-income countries, saving more lives from heart disease and paving the way for cancer deaths to rise. But perhaps a better question is why cancer continues to kill so many.

Even globally, cancer still comes in as the second-leading cause of death behind heart disease, responsible for 26 percent of deaths worldwide. Americans have a one in three risk of developing cancer at some point in their lifetimes, along with a one in five risk of dying from the disease.

In early 2019, it was announced that cancer death rates in the United States declined 27 percent since 1991, a statistic that makes it seem as though we’re winning the “war on cancer.” But most of these declines can be attributed to reductions in smoking—and perhaps a limited measure of increased early detection and treatment—and are not a sign that conventional medicine’s model of surgery, chemotherapy, or radiation to treat cancer is, on the whole, working.

While death rates from certain cancer have declined, others have increased. Overall, cancer deaths in the United States in 2016 were similar to those in 1930—despite all the “advances” in detection and treatment.

Changing the Way We Think About Cancer

It’s becoming increasingly clear that in order to conquer cancer, it’s necessary to change the way we think about it. Cancer is found in virtually all animals, suggesting it has a significance we’ve overlooked. Some researchers have even theorized that cancer is an ancient survival program unmasked—even a process the body undergoes in order to survive nutrient deprivation and exposure to toxins.

Rather than being the result of an accumulation of DNA mutations that create rogue cells that multiply out of control, cancer could be cells that have flipped an epigenetic switch into survival mode in the form of a tumor. In the journal Physical Biology, researchers theorized:

“[Cancer] is an atavistic [primitive] condition that occurs when genetic or epigenetic malfunction unlocks an ancient ‘toolkit’ of pre-existing adaptations, re-establishing the dominance of an earlier layer of genes that controlled loose-knit colonies of only partially differentiated cells, similar to tumors.”

If this is true, it makes sense that conventional cancer treatments aimed to poison or “kill” the cancerous cells may only make the problem worse by creating an even more toxic environment, which could trigger cancer to reach back into its “ancient toolkit” to find additional means of survival.

This explanation may be overly simplistic, as there are many factors that contribute to cancer, but there is evidence to suggest that natural substances and therapies that support the body’s overall health can be useful in the fight against cancer.

GreenMedInfo has a database of 986 substances that have been researched as potential cancer prevention and treatment strategies. There are undoubtedly many more out there that have yet to be discovered. At the top of the list is curcumin, the active ingredient in the curry spice turmeric, which targets cancer stem cells, while leaving normal stem cells unharmed.

Another top contender is vitamin D, which you can get for free from adequate sun exposure. Higher vitamin D levels are not only known to lower your cancer risk but also to improve outcomes if you’ve already been diagnosed. Fiber, resveratrol, sulforaphane and vitamin E—all substances you can get from your diet—also show anti-cancer promise, as does coffee, perhaps because it improves the body’s ability to efficiently repair DNA damage.

So if there was one silver lining to the news that cancer is now the leading cause of death in some countries, it would be that it’s a condition that has many promising natural avenues for prevention and treatment. Current conventional cancer treatments are failing, but that doesn’t mean cancer is unstoppable—it means it’s time to broaden our research into and usage of traditional therapies.

Many natural substances, like noni leaf, have even been shown to work better than chemotherapy, highlighting why, if we’re going to win the war against cancer, we’re going to need to do it with nature on our side.

For more on how to naturally fight cancer, visit the GreenMedInfo database on the subject.

The GMI Research Group is dedicated to investigating the most important health and environmental issues of the day.  Special emphasis will be placed on environmental health.  Our focused and deep research will explore the many ways in which the present condition of the human body directly reflects the true state of the ambient environment. This article was originally published on GreenMedinfo.com