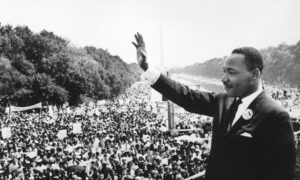 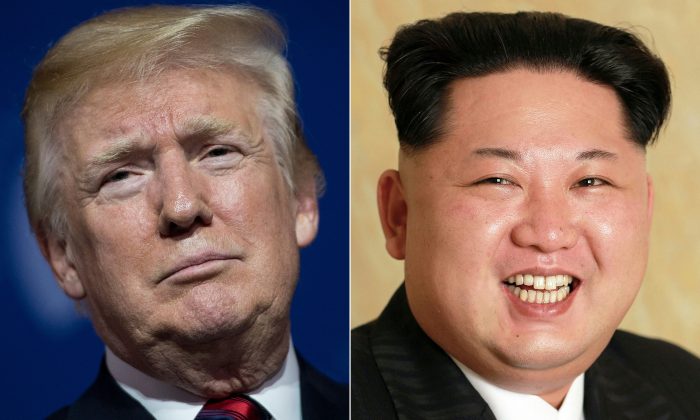 This combination of pictures created on May 24, 2018 shows U.S. President Donald Trump at the National Building Museum May 22, 2018 in Washington, DC, and an undated photo released by North Korea's official Korean Central News Agency (KCNA) on May 10, 2016 of North Korean leader Kim Jong-Un on May 9, 2016. (BRENDAN SMIALOWSKI,KCNA/AFP/Getty Images)
Viewpoints

Cancellation of Trump-Kim Summit Was the Right Move

To demonstrate that North Korea is true to its determination to denuclearize, it blew up 3 tunnels at its Punggye-ri nuclear test site on May 24.

The demolition show is a part of Kim Jong Un’s grand deception. Research based on satellite images and seismic data shows these tunnels were partially or completely collapsed in the September 2017 nuclear test. They are of little or no value to North Korea. That no nuclear expert was allowed to inspect the site suggests the conclusions of the study were very likely correct.

On the other hand, the destroyed tunnels are a small part of the giant Punggye-ri site. There may be other tunnels that are still functioning. Moreover, the Punggye-ri complex may not be the only nuclear facility North Korea has. And if Kim Jong Un decides there is a need, North Korea can easily build a new test site.

But Kim Jong Un’s deception goes beyond the demolition show. North Korea declared it wanted to permanently denuclearize the Korean Peninsula. To this end, the United States would have to recognize North Korea as a nuclear state and to remove “security threats” against the country. Then in a few decades, if North Korea feels “secure” enough, it will entertain the idea of nuclear weapons reduction.

In other words, the chance Kim Jong Un gives up his nuclear bombs is smaller than Hillary Clinton admitting that she is to blame for her 2016 election defeat. His willingness to denuclearize is as fake as the Trump-Russia collusion myth.

President Donald Trump was right to cancel the summit. The meeting is not likely to produce any results. The goals of the United States and North Korea are worlds apart. North Korea refused to send lower-level officials to discuss the logistics of the summit, not to mention policy negotiations. Why waste time on a meeting that is doomed to be futile?

The cancellation denies Kim an opportunity to pull off a political stunt. Kim Jong Un is not a run-of-the-mill strongman. Duplicity and cruelty are encoded in his DNA. He may have ordered the assassination of his half-brother with VX nerve agent. He executed his uncle Jang Song Thaek, calling Jang “worse than a dog.” He enjoys killing people in the most horrible ways possible, such as by anti-aircraft guns, flamethrowers, and mortars. Kim Jong Un appeared to want the meeting badly, but not because he is seeking world peace. He wants legitimization and recognition.

Trump’s cancellation also sends a message to China that it should stop giving bad advice to North Korea. The world was amazed that the two Koreas agreed to discuss a permanent end to the Korean war. North Korea released 3 American hostages.

After Kim Jong Un’s visits to China, however, North Korea suddenly had second thoughts. But the strong statements then made by North Korea backfired. North Korea was apparently shocked by the summit’s rescission. If Kim Jong Un has a brain, he should understand it is North Korea that bears the brunt if diplomacy fails and the crippling sanctions continue, not China. Next time he may want to think again when he takes advice from China.

Cancellation of the summit does not mean the United States gives up on North Korea. Walking away from the meeting may help pave the way to more productive engagements. One of Trump’s tweets sums up the situation perfectly: “Negotiations 101: The best deals you can make are the ones you walk away from…and then get them with better terms.” Severe sanctions will change Kim Jong Un’s mind. One day, the little Rocket Man may even learn how to bargain.