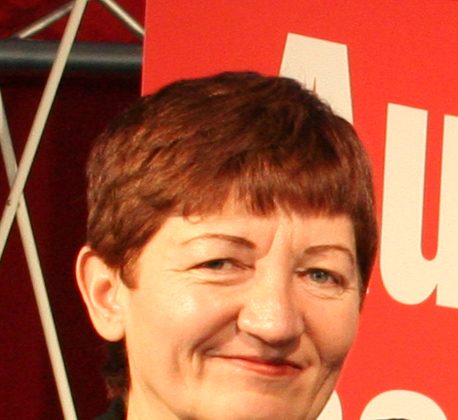 The cancellation of the New Tang Dynasty (NTD) Television Dance Competition venue has aroused concerns from politicians around the world including those in the UK, Europe and the USA (the home of NTD Television).

The initial venue booked by NTD ─ Shatin, Heung Yee Kuk Tower Theatre ─ was unilaterally cancelled by the Theatre’s Building Management Committee after an official contract agreement had been signed and full payment had been made by NTD.

The cancellation was enforced after the Heung Yee Kuk had bowed to pressure from the Hong Kong Administration, citing grounds that the government needed the venue “for election purposes”.

The letter from the MEP’s to Leung Chun-ying is also copied to Zhang Dejiang head of the Central Co-ordination Group of the Hong Kong and Macau Affairs Office; Michelle Li Mei-sheung, Director of the Leisure and Cultural Services Department and Secretary for Home Affairs Lau Kong-wah.

In the letter the MEP’s also ask for the Hong Kong Administration to investigate all individuals that have infringed the Hong Kong Basic Law and to bring them to justice.

The MEP’s note that the cancellation which occurred on June 1, 2016, was shortly after Zhang Dejiang’s visit to the territory.

At the same time, the letter gives support to NTD’s efforts in reviving 5,000 years of Chinese culture by holding such competitions at venues throughout the world over the last 10 years, and expresses hope that such progress could continue in Hong Kong. The letter also explains that European citizens have participated in these competitions to further cultural exchange.

The letter criticizes the interference and pressure exerted by the Hong Kong government against NTD Hong Kong and other performing groups in the recent past, infringing upon “fundamental human rights, including those of artistic freedoms and the freedom of expression”.

The MEP’s consider these acts to be not insignificant happenings but a matter of non-compliance with the Hong Kong Basic Law, human rights and artistic freedom and indicate that they will be monitoring future developments in this matter.

A new venue, The MacPherson Stadium, Mongkok has now been contracted by NTD Television Hong Kong allowing the competition to take place on Aug 1.

Ticketing for the competition is available at: http://venue.cityline.com/utsvInternet/internet/action/event.do?actionFwd=eventDetail&event=17537&actionType=5&lang=en