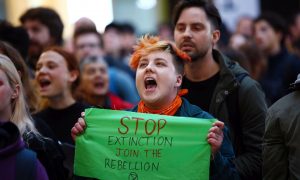 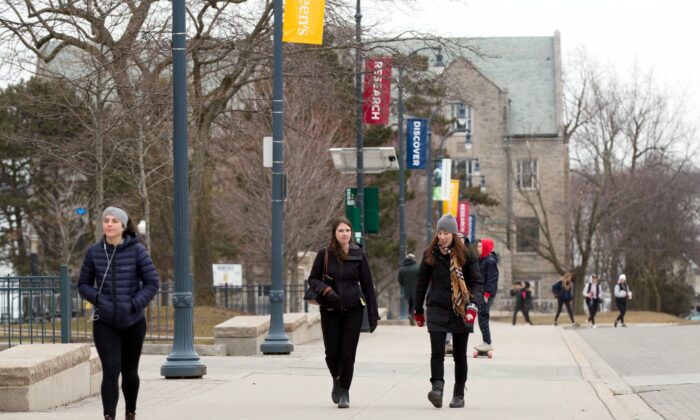 Cancel culture notched another victory recently when the faculty board at Queen’s University law school in Kingston voted 29 to 3 to remove John A. Macdonald’s name from its building. Like a cancer, critical theory has established itself in the structures of our universities, according to Queen’s professor Bruce Pardy, who voted against the motion.

More on that later. Meanwhile, on the other side of the country, heartening news: people spoke up in defence of a politician who had the temerity to say he wasn’t racist. The fact their letters were even published by a mainstream daily is almost shocking. It all began when B.C. Premier John Horgan offered an honest response to a loaded question during the Oct. 13 election debate: “How have you personally reckoned with your own privilege and unconscious bias as a white political leader?”

Liberal Leader Andrew Wilkinson answered first, speaking about his experiences as a doctor serving indigenous people. “That’s the kind of experience that humanizes it for you, and makes you realize we are all equal.” Full marks for political correctness, zero for truth. Under the law we are equal; otherwise, no. We vary in talent, temperament, and physical abilities. I wish, for example, I could play the clarinet like Benny Goodman, but 50 years of practice proves I never will.

Then came Horgan’s turn. He reflected on his childhood playing lacrosse on Vancouver Island with indigenous and South Asian friends. “For me, I did not see colour. I felt that everyone around me was the same. I brought that through my entire adult life and I’ve instilled that in my children.”

He was immediately savaged as the cannon of cancel culture and political correctness went off. Commentators in various ways decried his response. I don’t do Twitter, but you can bet many of the tweets weren’t kind. The next day on page four of the Victoria Times Colonist was the headline: “Horgan apologizes for gaffe in debate on white privilege.”

Then his predictable contrition: “As the personification of white privilege, I misspoke—I deeply regret it. But I’m also absolutely committed to making sure that every day I’m reminded of the discomfort that I caused the people and I will work to correct that.” Horgan should have stood by his words in the debate. Such honesty would likely have won him more votes than those he belatedly curried.

The row wasn’t over, however. The people then spoke, that minority who still buy and read newspapers. Three such letters made the comment page of the Times Colonist on Oct. 16. That suggests others were received but held back. Louise Manga wrote: “If someone says that they never felt any different towards someone of another race or religion, is this not desirable? If everyone felt this way systemic racism would disappear.”

Another letter, headlined “Don’t call Horgan a racist,” reads: “The only thing worse than Premier John Horgan saying he doesn’t see colour was the fact that he felt pressured to apologize for it.” The writer, C. Scott Stofer, goes on: “When are people going to realize that being born a white male doesn’t make you racist? Racism is taught by ignorant people to their ignorant children. Horgan is not ignorant, not stupid and certainly not a racist. The complainers need to quit looking for the bad in everyone and start focusing on the good.”

We need such letters in the mainstream press. They tell us that freedom of the press and freedom of speech, though crippled, still exist. They also allow us to consider a diversity of viewpoints on important matters. In a free marketplace of ideas, the cream will rise to the top. That can’t happen if the letters section is censored. Young people especially can benefit from this, since their opinions are still being shaped, often by negative views of our country and values; they need to hear other ideas and facts.

Oh yes, there was a third letter in the Times Colonist from a guy named Bird. He wrote: “Many of us related to Premier John Horgan’s comments in the debate about growing up with, and seeing as people first, youth of different ethnic groups. The Toronto I grew up in during the 1960s was a regular United Nations of blacks, Chinese, Germans, Japanese, etc. Horgan and people of his generation cannot be expected to lie about the fact we competed with various others, on the sports court and off, for wins, schools, jobs, and the like. Sometimes we won, sometimes we lost.

“Affirmative action, which tilts the advantage to ethnic groups and women, is state-sponsored discrimination against merit and white males. It added to the challenge. I know a man whose dream of joining the RCMP was dashed because of this.

“Scientists tell us we’re all mongrels, since pure race does not exist. ‘White,’ therefore, is subjective, in the eye of the beholder. Let’s accept that life is a struggle for all of us and stop laying blame.”

Yes, and the struggle to save the honour of John A. Macdonald has taken another setback, but the final chapter of this story has yet to be told. Truth and good sense can still win out.

Brad Bird is a columnist and author living in British Columbia.