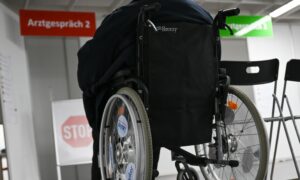 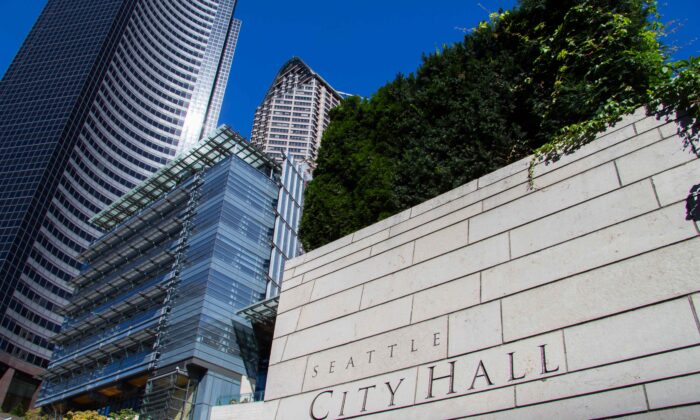 “Are you now, or have you ever been a member of the Communist Party?” That question brought dread and fear to countless Americans during the dark days of the “Hollywood Blacklist,” “McCarthyism” and the “Second Red Scare” of the early 1950s.

The consequences of wrong thinking about politics 70 years ago could be dire. When the likes of U.S. Sen. Joe McCarthy of Wisconsin urged the private sector to root out communists, a moral panic was ignited, during which those deemed to have communist sympathies were rendered unemployable—not because of any criminality or illegal actions they had taken, but simply because of what they believed or were accused of once believing.

It was a dark and unjust time, which—once the panic exhausted itself—Americans vowed never to repeat. Alas, as anyone who pays attention to the news knows, the bad old days of blacklisting and guilt by association have returned—only this time, the implacable witch hunters are the “woke” glitterati of Hollywood, minions of Big Tech and large corporations’ HR departments, social media “influencers,” mainstream media personalities, university professors, and others who exercise institutional control.

Again, we find ourselves in a time of moral panic, now known as “cancel culture.” Today, the hunted prey aren’t communists, but those accused of current or past “white supremacy,” anti-LGBT thought, supporting President Donald Trump, or engaging in that almost limitless category: “hate.”

The center is failing to hold. Cancel culture is destabilizing society at a deep and profound level. But even as protests mount, contemporary moral panic mongers are redoubling their bullying to cleanse the culture of what they consider unacceptable opinion, which often simply means “conservative.” Making it more difficult to combat, the bullying isn’t instigated by government leaders, but the private sector, against which there’s little defense.

Clearly, something must be done. California state Sen. Melissa Melendez (R-Lake Elsinore) has an idea that holds distinct promise. She has introduced the Diversity of Thought Act (SB 238) an anti-discrimination bill that would add “political affiliation” to existing protectable categories such as race, religious creed, physical disability, ancestry, marital status, sex, sexual orientation, gender, gender identity, and the like in California’s civil rights laws.

Specifically, Melendez’s bill would make it “an unlawful employment practice … to refuse to hire or employ … or to bar or to discharge” persons “from employment … or to discriminate against the person in compensation or in terms, conditions, or privileges of employment” because of their “political affiliation.”

The bill would also bar banks from discriminating based on political affiliation. This is important as some banks have begun to refuse to service the gun industry. It would also prevent “any owner of housing accommodations to harass, evict, or otherwise discriminate against any person in the sale or rental of housing accommodations” based on political affiliation.

She also has a proposal to protect political affiliation in the education context, which could give some backbone to cowardly university administrators pressured to fire conservative professors (SB 249).

Melendez says that the purpose of her bills is to ensure that “Californians are supported in their right to open dialogue and diversity of thought.” What a radical idea!

The furious reaction against Melendez’s bills demonstrate their necessity.

“Your racist, pro-domestic terrorism, xenophobic, misogynistic views do not warrant protection ‘from discrimination,’” Democrat Lorena Gonzales (D-San Diego) viciously tweeted. “Your choice to hate & actively pursue hate does not make you part of a protected class.”

Ah, the open-hearted and forgiving tolerance of the contemporary American left toward diversity of thought!

Since California is controlled politically by progressives such as Gonzales, the prospects for Melendez’s bills seem bleak. But one never knows. Ironically, that capital of Cancel Culture—Seattle—already enacted a city ordinance that includes protection from discrimination based on “political ideology” among the usual categories.

The law defines the term thusly: “‘Political ideology’ means any idea or belief, or coordinated body of ideas or beliefs, relating to the purpose, conduct, organization, function or basis of government and related institutions and activities, whether or not characteristic of any political party or group. This term includes membership in a political party or group and includes conduct, reasonably related to political ideology, which does not interfere with job performance.”

Republicans protected from discrimination in Seattle! What a concept!

According to my Discovery Institute colleague John G. West, the Seattle ordinance packs quite a wallop, including damages for “humiliation” and other forms of pain and suffering. (The ordinance is so encompassing, West avers, that Parler—a purportedly “conservative” social media platform that had been shut out of the internet by Amazon—could potentially sue for discrimination under the Seattle ordinance if “Amazon’s actions against Parler were due in part to Parler’s political orientation.”

To those who say that such civil rights protections are unnecessary, I reply, “If only.” Sadly, today the dreaded question is, “Are you now or have you ever been a conservative?”

Let’s hope the idea of adding political ideology or affiliation as a protected class in local, state, and federal civil rights laws picks up steam around the country and at the federal level. It may be the only way to stem the flowing tide of political intolerance and maintain the United States as a society committed in deeds and to the motto of E Pluribus Unum.