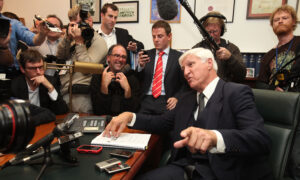 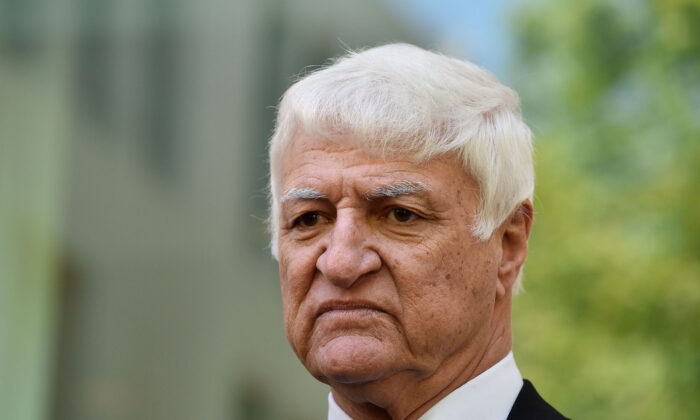 Federal MP Bob Katter says the Australian government’s plan to evaluate and offer suggestions on how universities respond to threats to academic freedom and free speech on campuses needs to go further and address the issue of foreign influence by the Chinese Communist Party (CCP).

In a media release on Aug. 7, Minister for Education Dan Tehan said that the Commonwealth government is “committed to protecting free speech” on campuses and will review how the university sector has progressed with implementing the changes outlined in the French Model Code, named after former High Court chief justice Robert French AC, which was designed to provide a framework for institutions to ensure that academic freedom and freedom of speech is protected.

Tehan said: “The review will consider areas of strength or weakness in institutional responses to the code and offer suggestions where alignment could be improved.”

The review will be conducted by lawyer and former Deakin University Vice-Chancellor Professor (Emeritus) Sally Walker AM.

The French Model Code was drafted by French as part of his independent review of the status of academic freedom and freedom of speech in Australia’s higher education sector.

But according to Katter, the founder of the socially-conservative Katter Australia Party, the government’s planned review “doesn’t go far enough.”

“I think the government may be trying to hose us down a bit, by backing down from a full-blown parliamentary inquiry,” he said on Aug. 7, according to a statement.

Katter said he will continue to pursue a full parliamentary inquiry into foreign influence at Australian universities, adding that he has the inter-party support of Liberal MP and fellow Queenslander George Christensen, among others.

Katter told The Epoch Times he will also be pursuing a full inquiry into the “actions of the University of Queensland (UQ) and their non-action” surrounding case of student activist Drew Pavlou, who has been raising concerns over the universities dealings with the Chinese Communist Party.

“Now, this is a bloke (Pavlou) in his own country, expressing an opinion in the public arena, and he’s bashed up by a bunch a foreign thugs who undoubtedly are working for a communist, totalitarian dictatorship,” he told The Epoch Times.

“That’s not the worst part,” he went on. “One of the four most prestigious universities in the country, they then proceed not to punish the thugs who assaulted students on their campus—they took no action against this bunch of thugs—they took action against the Australian who was organising the demonstration.”

Katter asserted that foreign communist dictatorships are influencing Australian universities and their leadership, writing in the media release that this is exemplified by UQ’s suspension of Pavlou.

“In the twelve months following the outrageous attack on UQ student, Drew Pavlou, by pro-Chinese Communist Party thugs, nothing had happened,” Katter said.

Pavlou is currently seeking a court order against Dr. Xu Jie who, while serving as Brisbane’s Chinese consul-general and an adjunct professor at UQ, publicly described Pavlou’s protest as “anti-China separatist activities” leaving Pavlou fearing for his physical wellbeing after receiving hundreds of death threats.

In July 2019, Pavlou organised a protest to support Hongkongers who were marching against a proposed extradition law that threatened the freedoms enjoyed in the former British colony under the “One Country, Two Systems” agreement with the CCP.

The peaceful protest was interrupted by violent pro-Beijing figures and Pavlou was violently attacked. Pavlou has been a vocal critic of UQ’s business dealings and connections to the totalitarian CCP.

UQ has welcomed the review.

UQ Vice-Chancellor Professor Deborah Terry told The Courier Mail that academic freedom and freedom of speech are a core value for the institution.

“We acknowledge recent commentary may have caused some to question UQ’s commitment to freedom of speech and we welcome the opportunity to demonstrate otherwise,” Terry said.

A spokesperson for James Cook University, which is currently facing a high court challenge from marine physics professor Dr. Peter Ridd who was controversially sacked by the university, told The Courier Mail that they also support the government’s review into academic freedom.

Correction: A previous version of this article incorrectly cited the source of a quote by Prof. Deborah Terry. The Epoch Times regrets the error.