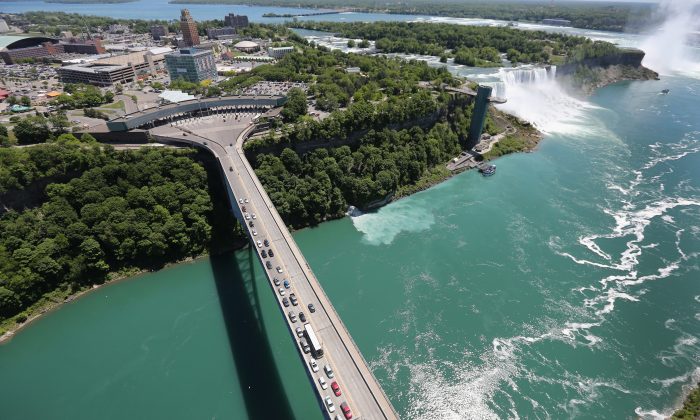 The Rainbow Bridge straddles the U.S.-Canada border on the Niagara River, which drains Lake Erie into Lake Ontario. It is all part of the New York Canal System undergoing its annual inspection. (John Moore/Getty Images)
New York

Inspection of the Canal System is a key part of its maintenance and includes inspecting locks, bridges, and other structures.

The inspection will kick off on Tuesday, Aug. 13 with a bevy of state agencies and officials at Erie Canal Harbor.

Led by the Canal Corp., a subsidiary of the New York State Thruway Authority, the first part of the inspection will take place between Erie Canal Harbor in Buffalo and Lockport.

The Canal System runs through 25 counties and near about 200 villages, hamlets and towns. It includes Erie, Champlain, Oswego, and Cayuga-Seneca canals and Lake Oneida, Onondaga, Cross, Cayuga, and Seneca.