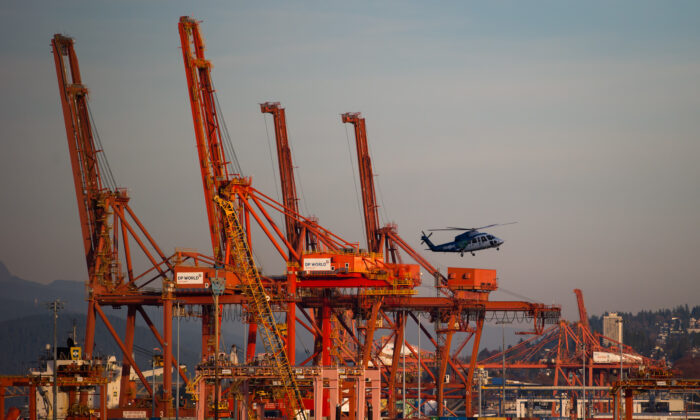 Canadians say human rights and the rule of law are more important than trade opportunities with China, a new Angus Reid poll shows.

The survey, published on Jan. 10, asked respondents what they think Canada’s priority should be in its dealings with China and whether they are worried about the economic consequences of standing up to China.

Three quarters (77 percent) of the respondents chose human rights and rule of law as more important for Canada’s relationship with China, compared to 23 percent who placed trade and investment as a higher priority.

The majority result is reflected across regions, genders, and the political spectrum, with at least 72 percent in each cohort believing that moral issues take precedence. Angus Reid said on Twitter Monday that the poll result is a “relatively rare moment of cross-partisan agreement.”

Canadians’ impression of China has declined over the years. In 2005, nearly 60 percent held a favourable view of the communist country, past polling by Angus Reid has found. By the latest poll, only 16 percent hold such a view, while 84 percent of Canadians view the Chinese regime unfavourably.

“This notably against the backdrop of increased scrutiny of Chinese treatment of the Uyghur population in the western Xinjiang Province—treatment which was officially labelled a genocide by the Canadian parliament last year,” Angus Reid said in a press release on Jan. 10.

On Dec. 8, 2021, Prime Minister Justin Trudeau announced Canada will not send any official representatives to the Beijing Olympics in February, joining its allies in a diplomatic boycott over China’s human rights abuses.

While over half of Canadians supported the use of a diplomatic boycott in a November poll, the latest poll shows that 58 percent of the respondents are worried about the negative economic consequences that come with it.

Nevertheless, the poll found that 61 percent of Canadians would still prefer their country to trade less with China even though it represented over $100 billion worth of trade into and out of Canada as of 2020. A minority 24 percent say China is a good trading partner.

Of those who want Canada to do less business with China, 28 percent think it’s possible to do so without negatively impacting Canada’s economy, as “Canada could make up any economic losses with other countries.” Another 60 percent says it’s not entirely possible, but could do so with minor economic impact.

Angus Reid also mentions the potential changes in the Sino-Canadian relationship after Trudeau appointed Jody Thomas, the current deputy minister of national defence, to be his new national security and intelligence adviser starting Jan. 11. Thomas has been described as being hawkish on China, according to a Jan. 6 report by the Globe and Mail.

Still, more than seven in ten (73 percent) Canadians believe it’s unrealistic that anything Canada does will change China’s behaviour, the poll found.