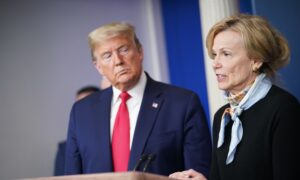 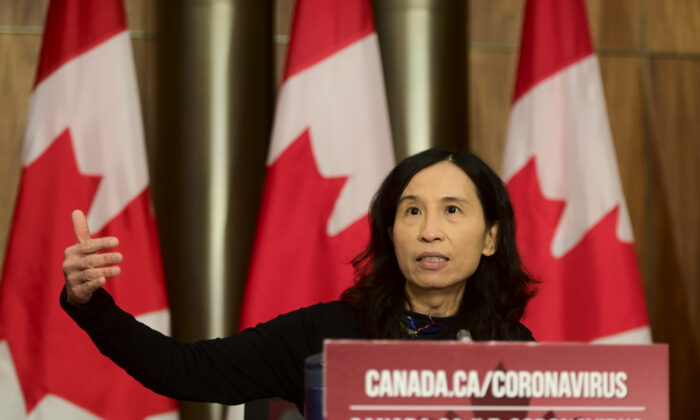 New modelling data released by health officials on Oct. 30 suggests Canadians need to decrease their contact with others by 25 percent in order to curb the spread of the COVID-19 virus.

Chief Public Health Officer Theresa Tam said in a press conference that the curve is not flattening, and data from the latest model shows an upward projection of new infected and death cases if Canadians do not reduce their social contact by 25 percent.

“Managing COVID-19 is a whole of Canada team effort. We said many times that public health cannot do this alone,” Tam said, adding that the country had stayed ahead of the virus as Canadians “worked with public health,” but that has since slipped in the areas of physical distancing, hygiene, and mask-wearing after restrictions were relaxed over the summer.

“I know Canadians can … take back the lead again. To do this, we need to reduce contacts to the best of our ability while performing those other key steps with precision. No cutting corners or skipping essential distancing steps. This virus will cut in anywhere and any time we let it,” Tam said.

“The number of cases reported nationally remain above peak level seen during the first wave with an average of close to 2,800 cases reportedly daily over the last week,” Tam said, noting that Quebec and Ontario account for over 75 percent of all cases.

In terms of death cases, the current number stands at 10,118. If the projection is right—and projection models can be unreliable—the number of deaths is expected to reach between 10,285 and 10,400 by Nov. 8.

The data also reveals that Canadians under the age of 40 are now the most susceptible of contracting the virus, but other age groups are also catching up, particularly in the past few months.

The proportion of outbreaks continues to be high in long-term care and retirement residences, as well as in school and child-care centres and social gatherings, according to the data between the period of July and October.

On the provincial level, Tam said the growth of case counts in Quebec has gradually stabilized, but still averages around 1,000 cases daily, while over the past two weeks, Ontario, British Columbia, and the Prairie Provinces have hit the highest daily counts since the start of the pandemic.

The number of hospitalizations is also reported to increase as the count of daily cases increases.

With regards to testing, Tam said about 75,000 individuals are tested daily. However, data shows the percentage of people tested positively continues to increase across the country. The current average test positivity rate is approaching 4 percent nationally.