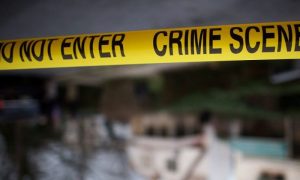 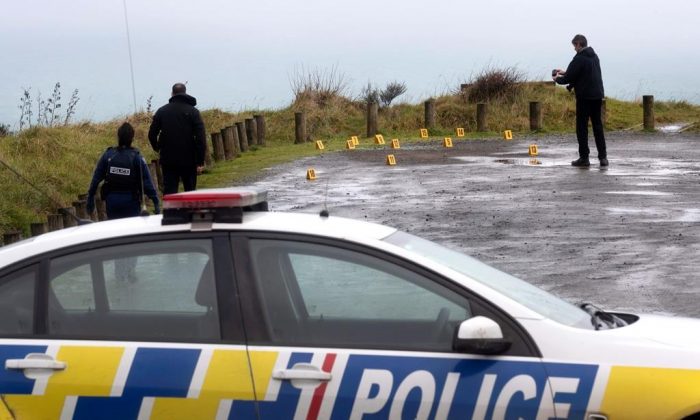 WELLINGTON, New Zealand—Police in New Zealand say a Canadian woman is “shocked and distressed” after her Australian fiance was murdered in an apparently random attack.

Insp. Graham Pitkethley says New Zealand Police are providing the woman with the support she needs after what he called a “tragic incident.”

A manhunt is underway after an Australian tourist was found dead in his van near the village of Gordonton, in the country’s North Island, Friday morning.

Police say the man and his partner had been sleeping inside the van at a scenic spot near the coastal town of Raglan when a suspect approached the vehicle just after 3 a.m. Friday.

Pitkethley says the suspect fired a number of shots into the van, injuring the Australian tourist. The woman managed to escape and run away, and she called police.

Police did not immediately identify the victim, but New Zealand media report he was 33-year-old Sean McKinnon and the woman who escaped was his 32-year-old Canadian fiance.

“We are supporting the female victim, who is understandably very shocked and distressed,” Pitkethley told a news conference.

A statement from Counties Manukau Health in Auckland said the organization is providing support to one of its staff members, a midwife, who was involved in the “tragic incident.”

Pitkethley said after the initial shooting, the suspect stole the van and drove away with the injured tourist still inside.

The terrain where the vehicle was stolen is “quite rough,” he said, and police are still trying to determine whether the Canadian woman sustained any injuries in her escape.

Police found the vehicle at 8 a.m. about 75 kilometres away. It wasn’t immediately clear if the man had died from the wounds he received in the initial attack or had been subject to further violence.

The Sydney Morning Herald reported that McKinnon grew up in the town of Warrnambool, Australia, about 250 kilometres southwest of Melbourne, and that friends remembered him as a talented musician who liked to surf big waves.

Wayne Such told the newspaper that McKinnon was a “genuine, gentle man with a heart of gold.”