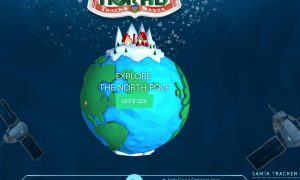 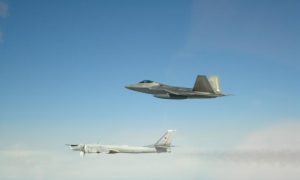 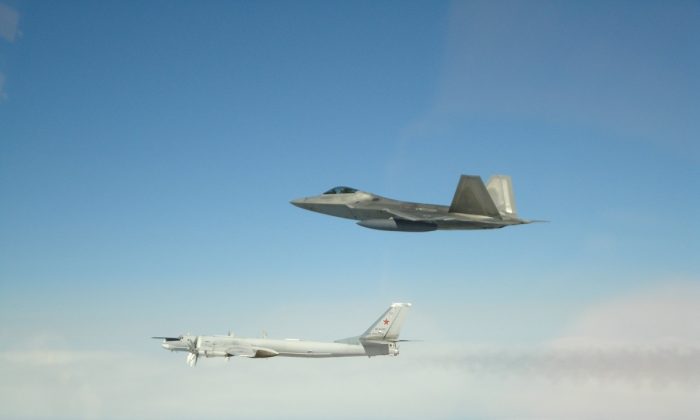 US F-22 stealth jets intercepted four Russian bombers and two Russian Su-35 fighter jets off the coast of Alaska, according to a statement from North American Aerospace Defense Command, on May 20, 2019. (Norad Command)
Canada

NORAD says the Russians approached within 50 nautical miles, or 92 kilometres, of the Alaskan coast and entered a warning zone, but did not enter U.S. or Canadian airspace.

NORAD says Canadian CF−18s and American F−22 fighter jets “escorted” them for the duration with support from an air-to-air refueller.

The appearance of Russian aircraft off North America’s coast comes less than a week after Canadian and international military officials, met at a conference in Ottawa.

The federal government is preparing to launch a major review of North America’s defences, with an eye to upgrading them in the coming years.