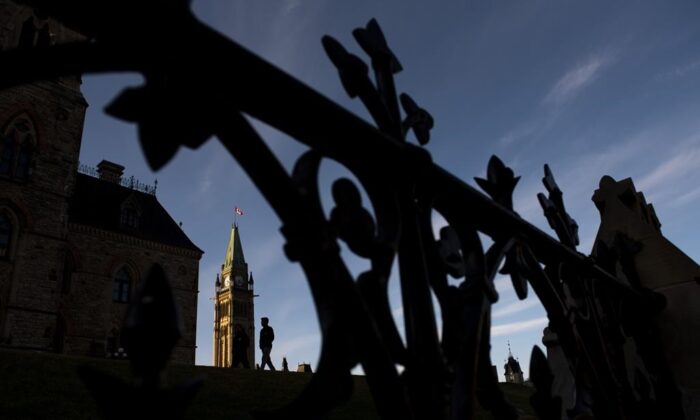 The Peace Tower on Parliament Hill in Ottawa is seen, in the midst of the COVID-19 pandemic, on April 18, 2020. (The Canadian Press/Justin Tang)
Canada

OTTAWA—The Canadian Taxpayers Federation estimates that MPs who lost their seats or stood down before the election could get $3.3 million in “golden goodbyes.”

Fifty-one MPs, who lost their seats or decided not to stand again, qualify for a severance cheque worth half their salary—some $92,900 or more if they were a cabinet minister or chaired a committee.

If they are 55 or older and had been an MP for six years, they qualify for a pension instead.

The Canadian Taxpayers Federation estimates that pensions for MPs leaving office in 2021 will cost the public purse $1.4 million a year.

It says MPs’ severance payments will cost the taxpayer $3.3 million.

Some MPs will miss out on a pension because the election was called a month short of the six years they needed to qualify.

Benefits for Canadian MPs leaving office are more generous than in some other comparable countries, including the United Kingdom.

In the U.K., MPs who lose their seat get a “loss of office payment” which is worth a few thousand pounds. Unlike in Canada, they get nothing if they decide not to fight the election.