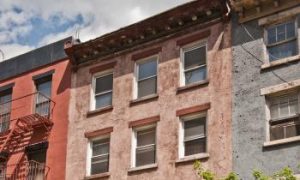 There are now around 10 Confucius Institutes hosted in universities and other academic institutions across Canada. But as for working in these non-profit language and cultural schools, it seems those who practice Falun Gong need not apply.

A stipulation published on the main Confucius Institute (CI) website, which is controversially funded and controlled by the Chinese communist regime, states that overseas volunteer Chinese teachers must have “no record of participation in Falun Gong,” The Epoch Times has learned.

Lucy Zhou, a spokeswoman for the Ottawa-based Falun Dafa Association, says this amounts to discrimination.

“Imposing this instruction that who can teach at these Confucius Institutes, which are bodies in Canadian universities, is basically discriminatory against Falun Gong practitioners,” says Zhou.

“This is extending the persecution of Falun Gong into Canada through Confucius Institutes, even to the Canadian institutions and Canadian universities, and it is absolutely not acceptable.”

B.C. lawyer Clive Ansley, who has been involved in constitutional and human rights cases and who practiced law in China for many years, says the rule is a violation of “all human rights codes in Canada.”

“This is one more violation of Canadian sovereignty by the Chinese Communist Party,” he says.

It has always been obvious, adds Ansley, that the Chinese regime would be controlling the curriculum management and policy of the institutes, but in this case “it is there on the website in black and white.”

Barb Pollock, vice president of external relations at the University of Regina which recently decided to host a Confucius Institute, says she does not know about the stipulation that Falun Gong practitioners cannot work there.

However, Pollock also admits that the hiring is handled by the institute and that the university only reviews a proposed hire after they are already selected by the Beijing-controlled CI.

“If the credentials are appropriate for our students, that would be Hunan (the Chinese university collaborating with University of Regina on the institute) sending whom they wish to send. What they teach is our business,” she says.

Other Canadian schools seemed to be similarly unaware of the CI’s discriminatory hiring policy, despite its being posted in plain English on the website of the organization that oversees the program. (http://www.chinese.cn/hanban_en/node_9806.htm).

Sandy Forster, director of curriculum with the Edmonton Public Schools (EPS) which has partnered with Confucius Institutes in Edmonton, says she had not heard about the hiring rule and could not comment on it. EPS occasionally receives guest teachers from the Confucius Institute.

Winnipeg-based international human rights lawyer David Matas says the onus is on hosting organizations to ensure the hiring process is not discriminatory.

“The institutions that house the Confucius Institute have a responsibility to ensure there is no discrimination,” says Matas.

Confucius Institutes, headquartered in Beijing and with over 300 branches worldwide, are publicized as promoting Chinese language and culture while fostering educational and cultural exchange with China.

However, they are also part of the Chinese regime’s efforts to extend its “soft power” abroad, according to the Canadian Security Intelligence Service (CSIS), Canada’s spy agency.

CSIS head Richard Fadden has said CIs are under the control of Chinese embassies and consulates and has linked them with some of the regime’s other efforts to influence Canada’s China policy.

Li Changchun, the CCP’s propaganda chief and the fifth highest-ranking member of the ruling Politburo Standing Committee, has called the institutes “an important part of China’s overseas propaganda setup.”

University of Oregon History Professor Glenn Anthony May wrote in the Asia Sentinel that CIs are provided to hosting organizations “with visible strings attached.”

“Don’t expect any universities with CIs to arrange a visit of the Dalai Lama anytime soon or to schedule a symposium on the Tiananmen Square massacre of 1989,” he wrote.

Efforts by the Chinese regime to repress Falun Gong are not new. Adherents are arbitrarily arrested without any legal process, subjected to detainment and torture, and sent to forced labour camps. Many have been killed, according to reports from Amnesty International.

“There should be no discrimination against people based on the Falun Gong creed,” she says.

The University of Manitoba recently decided not to have a Confucius Institute on its campus, and one professor was quoted by various media expressing concern about academic autonomy at the university if it hosted a CI. The University of British Columbia has also declined to host one.

When Angela Sheng, director chair of the Confucius Institute at McMaster University was reached by phone, she said she was not interested in talking and hung up immediately. She had been identified by the university’s communication department as the spokesperson on this topic.

Yan Li, a former Xinhua reporter and now director of the Confucius Institute at the University of Waterloo, did not respond to requests for comment.

The Epoch Times was also unable to reach contacts at other organizations with Confucius Institutes: British Columbia Institute of Technology, Dawson College, and the New Brunswick Department of Education.