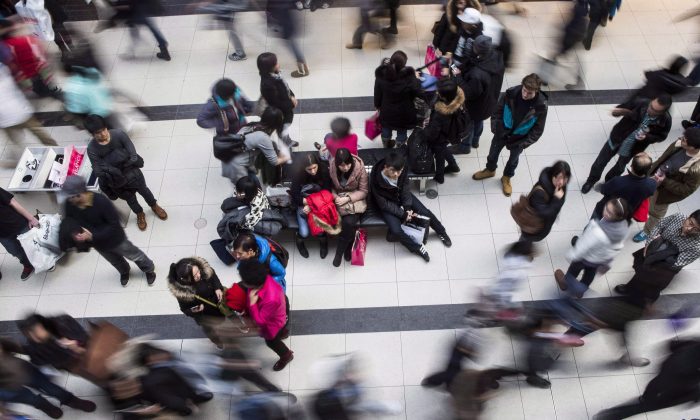 Shoppers make their way through the Eaton Centre in Toronto in this file photo. (The Canadian Press/Chris Young)
Business & Economy

OTTAWA—Retail sales rose for a third consecutive month in July to $43.3 billion as Canadians opened their wallets for a new ride and new clothes.

According to Thomson Reuters, economists had expected a gain of 0.5 percent for the month overall and 0.4 percent excluding autos.

“We’re modestly optimistic that consumer spending should see a pick-up in the next few reports, in part because families will have more time to spend their tax rebates,” CIBC economist Nick Exarhos said, referring to the Universal Child Care Benefit.

The Canadian economy struggled through the first half of the year as it contracted in the first two quarters of 2015. However, most economists expect the economy to gain strength in the second half.

“When combined with a strong result in manufacturing, real GDP looks like it should post a 0.2 percent gain in the month,” Kavcic said.

“That would mark a second straight month of growth after the negative early-year run.”