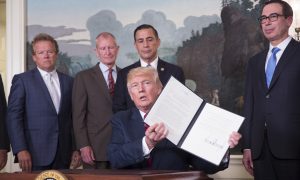 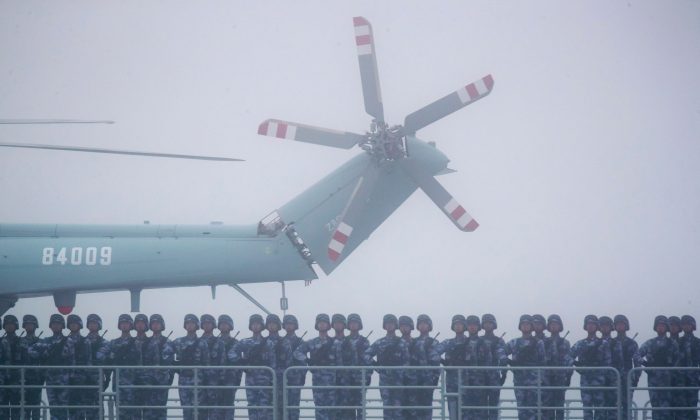 Chinese soldiers stand on the deck of transport dock Yimen Shan in the sea near Qingdao in Shandong Province, China on April 23, 2019. (Mark Schiefelbein/AFP/Getty Images)
Canada

Canadian Prof Accused of Stealing Technology for China Had Funding From Ottawa in Same Period: Report

A McGill University professor accused of involvement in a years-long scheme to steal U.S. technology for China’s military received hundreds of thousands of dollars in federal funding from Ottawa during the same period, a report by La Presse says.

La Presse says a PowerPoint presentation filed in a Los Angeles court, which was seized by the FBI as part of their investigation into the case, shows details on latest models of Japanese and American missiles, as well as the latest fighter jets and combat systems used by the United States and its allies.

The presentation, which includes the names of the Shih brothers on the bottom, also includes plans for a large factory in China to produce microchips capable of competing with the presented technology from other countries.

According to the French-language publication, the FBI alleges that the ultimate goal of the technology theft—which the brothers allegedly began plotting in 2006—was to build a high-tech factory in China to produce microchips for use in business and military applications.

La Presse adds that while this scheme was allegedly ongoing, Ishiang Shih received more than half a million dollars in funding from the federal agency National Sciences and Engineering Research Council of Canada for his research on microchips.

Ishiang Shih and his brother, who is also a professor of electrical engineering at the University of California, also submitted a bid in response to a call for proposals from the Canadian Space Agency to develop microchips to be used for the next generation of Canadian RADARSAT satellites. As part of this submission, they signed a confidentiality agreement with the Canadian government, court documents show, according to La Presse. The two brothers ultimately didn’t win the project.

According to La Presse, the United States wants Ishiang Shih—who denies any wrongdoing—to be extradited. The extradition request is still under review by Canadian authorities.

Tensions between Canada and China have been escalated since the arrest, with China threatening Canada with grave consequences if Meng is not released. Chinese authorities have since arrested two Canadian citizens in apparent retaliation, and have blocked Canadian exports of canola and pork to China.